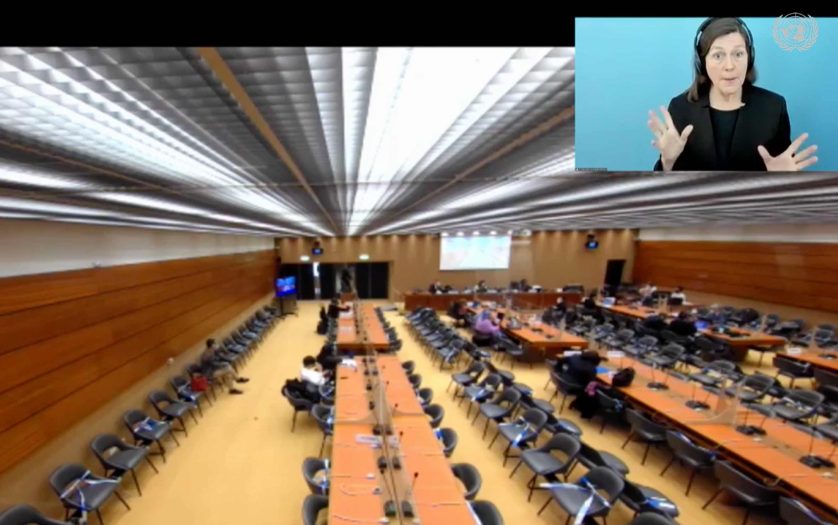 The Committee on the Rights of Persons with Disabilities opened its twenty-sixth session, during which it will consider the reports of Hungary, Jamaica, Venezuela, Switzerland and Mexico. The Committee made a statement regarding the situation in Ukraine.

In his opening statement, Orest Nowosad, Chief, Groups in Focus Section, Human Rights Council and Treaty Mechanisms Division, Office of the High Commissioner for Human Rights, welcomed Committee Experts to the first in-person session since August 2019, noting that Experts would be able to hold dialogues with five States parties which had accepted to participate in a hybrid mode. The world had witnessed extraordinary humanitarian crisis and war recently, in Afghanistan, Ukraine, Yemen and other countries.

Rosemary Kayess, Chair of the Committee, made a statement on behalf of the Committee, saying it joined with various human rights experts to call on the Russian Federation to end its aggression against Ukraine and call off its attacks.

The Committee adopted its agenda and programme of work. During the course of the meeting, Abdelmajid Makni, of Morocco, a Committee Expert appointed to serve the remainder of the term of former Committee member Soumia Amrani, of Morocco, made his solemn declaration to exert his duties as a member of the Committee on Persons with Rights of Disabilities.

All the documents relating to the Committee’s work, including reports submitted by States parties, can be found on the session’s webpage.

The webcast of the Committee’s public meetings will be available via the following link: https://media.un.org/en/webtv/.

The Committee will next meet in public at 10 a.m. on Tuesday, 8 March, to begin its review of the combined second and third periodic report of Hungary (CRPD/C/HUN/2-3).