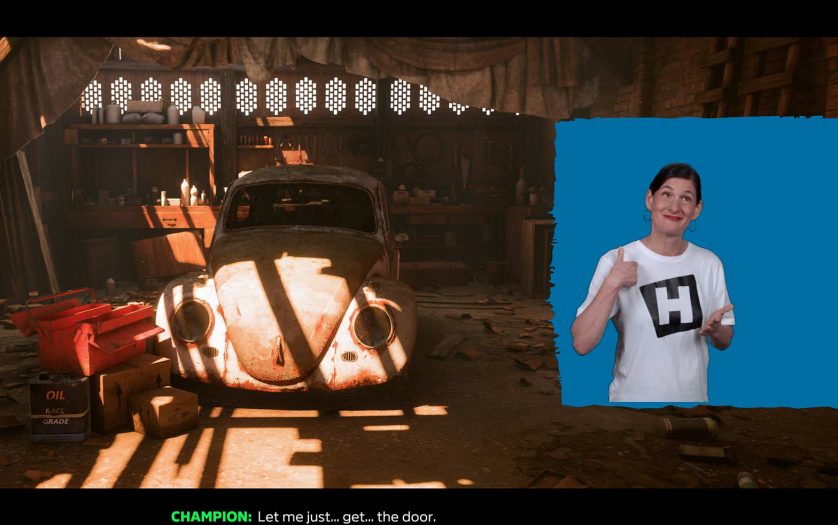 Forza Horizon 5 is near to becoming more accessible for people who are deaf and hard-of-hearing. Microsoft will update the title to add support for both American and British Sign Language.

The free updates arrive on March 1 and includes American Sign Language (ASL) and British Sign Language (BSL) support for over 300 in-game cinematics. By visiting the game’s accessibility menu, you can adjust the position of the display and decide whether to add a colored background.

“For them, it’s a really tiring experience, not being able to access your first language,” says Akitt, a London-based teacher of the deaf and accessibility consultant. “We should be able to access the same story beats and narrative components. Otherwise, we’re only getting half the picture and not getting the full experience. Including sign language is about enabling more deaf and hard of hearing people to have ownership over their gaming experience.”

Xbox Game Studios developer Playground Games and Xbox invited Akitt in as a consultant when they decided early in development to incorporate sign language support into Forza Horizon 5. Starting March 1, a free, in-game update will include American Sign Language (ASL) and British Sign Language (BSL) support for its in-game cinematics.

The update includes actors from the deaf and hard of hearing community signing in parts of the story between driving, such as jumping into challenges, getting ready for a race, meeting other players and racing across Mexico while planes fly overhead.

“It’s surreal and fascinating to see a deaf actor in the corner signing BSL in the game,” Akitt says. “It’s fantastic – another language option.”