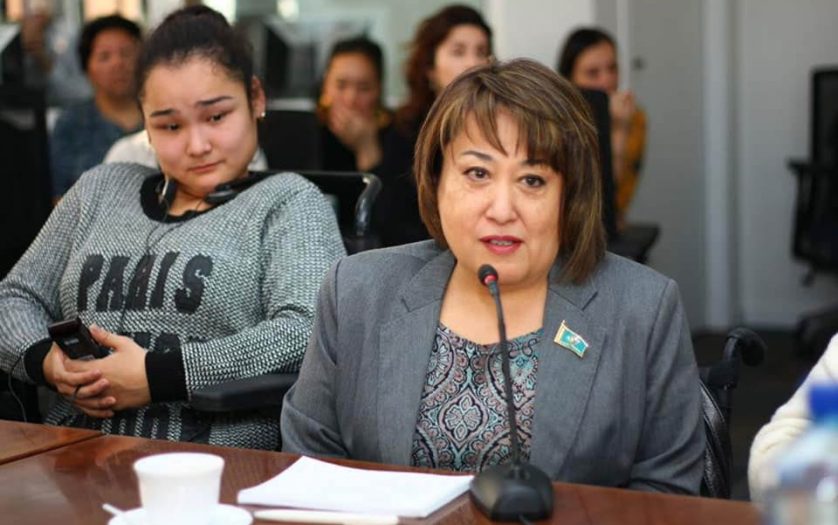 Prominent disability rights activist Lyazzat Kaltayeva was appointed a deputy of the Senate, an upper house of the Kazakhstan Parliament.

Kaltayeva will become the first deputy in the Senate to represent the country’s persons with disabilities. Kaltayeva has been a deputy in the Almaty maslikhat (local government) since 2016 and heads the Shyrak Association of Women with Disabilities.

The organization’s activities cover more than 50 projects across four strategic areas. These include encouraging greater involvement of women with disabilities through their education and social inclusion, consolidating the efforts of similar organizations in Kazakhstan and Central Asia, promoting the interests of women with disabilities in all advisory bodies, and changing attitudes within the country’s population.