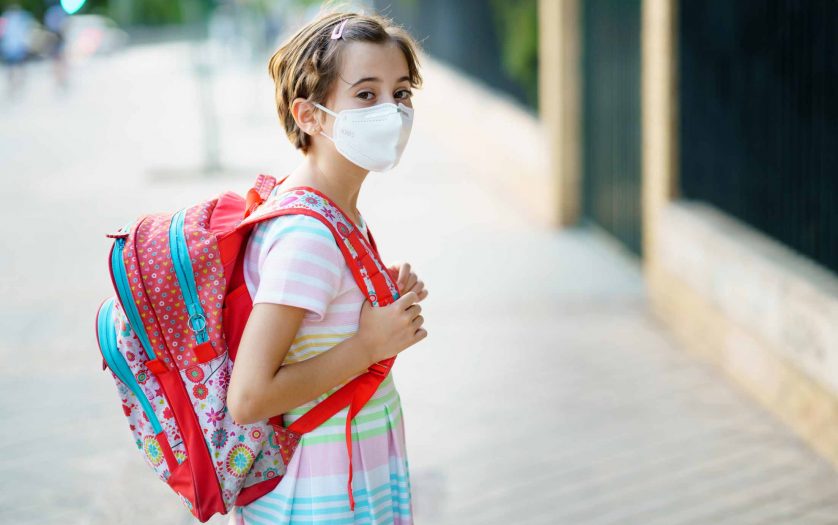 Parents of children with disabilities in Virginia’s public schools filed a federal lawsuit on January 31 challenging Governor Youngkin’s Executive Order 2, which provides that parents of students attending Virginia public schools can elect for their children to not be subjected to mask mandates at their schools.

This order was issued despite the Centers for Disease Control and Prevention (CDC) guidance that “recommends indoor masking for all individuals ages 2 years and older, including students, teachers, staff, and visitors, regardless of vaccination.”

“The Executive Order shows a reckless disregard for students with disabilities across Virginia,” said Kaitlin Banner, Deputy Legal Director, Washington Lawyers’ Committee. “The Order prevents schools from taking reasonable steps to make sure their students can go to school and enjoy the same educational experiences as their friends.” The Executive Order went into effect on January 24 and comes at a time when infection rates in Virginia for children are higher than ever.

Under the Americans with Disabilities Act (ADA) and Section 504 of the Rehabilitation Act (Section 504), public schools cannot exclude students with disabilities, deny them equal access to their education, or segregate them unnecessarily. They are also obligated to provide reasonable modifications to policies, practices, and procedures to give students with disabilities an equal opportunity to benefit from their public education.

The plaintiffs are students whose disabilities make them particularly susceptible to severe illnesses if they contract COVID-19. These conditions include cancer, cystic fibrosis, moderate to severe asthma, Down syndrome, lung conditions, and weakened immune systems. The lawsuit argues that forcing schools to repeal their mask mandates effectively excludes these students from public schools, in violation of the ADA and Section 504. “Children with serious medical conditions need to feel safe at school. Mask mandates allow them to access the educational services to which they are entitled.” said Colleen Miller, Executive Director of the disAbility Law Center of Virginia.

Executive Order 2 prohibits school districts from implementing reasonable modifications, like universal mask requirements, that these students need to attend school without risking their lives. The Order also makes it impossible for schools to comply with their obligations under federal law, leaving parents of students with disabilities to make the untenable choice between their children’s education and their health and safety. “By refusing to allow school districts to even consider whether to implement universal mask requirements as needed to protect the health and safety of the children they serve, the Governor’s order has placed unlawful barriers to educational access for students with disabilities,” said Eden Heilman, the ACLU of Virginia’s legal director. “The governor is preventing some of the state’s most vulnerable children from returning to, or remaining in, public schools.”

The lawsuit asks the court for a permanent injunction lifting Executive Order 2.

The parents are represented by the ACLU of Virginia, the Washington Lawyers’ Committee, Brown Goldstein & Levy, the disAbility Law Center of Virginia, and Arnold & Porter.

IHC is urging the New Zealand government to mandate the…

Universities can do more to support their students with disabilities

In recent decades, the number of university students with some…

Study reveals COVID was deadlier for people with intellectual disabilities

Authors of a new peer-reviewed paper have discovered that COVID…