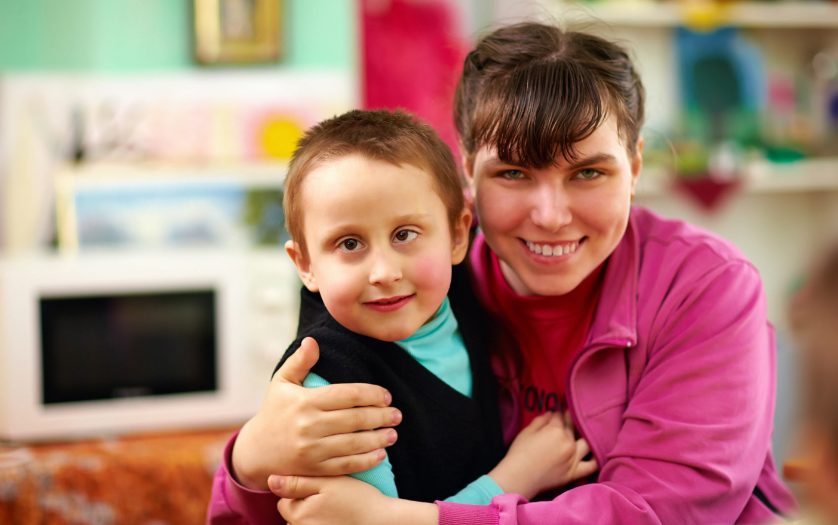 “Come see our kids,” he said. “Spend a day or two with our kids and see what they need.”

Moncayo is among thousands of parents throughout the state urging the Governor to sign Bill S6516, which would provide equal funding to state approved 4410 preschools and 853 school-age programs for students with autism, Down syndrome and other intellectual and developmental disabilities. Funding for these programs drastically lags local public schools.

“Sooner than later, schools will reach a tipping point,” said Chris Trieber, Associate Executive Director of Children’s Services, with InterAgency Council of Developmental Disabilities Agencies, Inc. “When you can’t get enough staff, you have to make a decision to close your program.”

“In the past five years, lack of funding has led to 63 preschool special education programs closings across New York State,33 of them in New York City,” Trieber said.

“This is not something we want; it’s something our children really need,” said Nicole Verganelis, whose son Brady attends AHRC New York City’s Staten Island Prep preschool. “When your child has developmental disabilities like my son has, not every program is a great fit, but Staten Island Prep is.”

She said Brady is now able to sit and focus on a task. “We’ve seen a lot of progress in the last year,” Verganelis said. “He wouldn’t have made this progress without it.”

Keana Flowers, of the Bronx, says her son Kane Lewis, 4, is thriving at AHRC NYC’s Howard Haber Early Learning Center. “He’s done a complete 180. I noticed during the first two weeks of school,” she said. “His eye contact is better and he isn’t as frustrated.” Kane is in his second year at the school and Flowers, a former preschool teacher, said she hopes to enroll her second son, Kye Lewis, there.

“These schools deserve equal funding,” Dominguez said. “It’s only fair. They’re doing the same amount of work and putting in same amount of love and attention – probably  even more care and reinforcing it. It helped my child a lot. It would be sad to see more teachers leave and other children not have same opportunity that Kylie did.”

“It would be unfair to the kids,” said Alexandra Kurtz, whose daughter, Katherine, 7, is a graduate of AHRC NYC’s Central Park Early Learning Center. Her son, Benjamin, 3, is flourishing in his first year at the preschool. “Nothing matches this school’s understanding of the children that need a little extra help,” Kurtz said.

Katherine does not use words to communicate. An assistive communication device provided her with a voice, so she could speak, Kurtz said. “We couldn’t have had a more nurturing environment and supportive community at the school,” she said.

Moncayo, the father of twins Matthew and William, in their second year at Francis of Paola, said his sons and others students lost assistant teachers. Matthew has a new  speech teacher. Yet, he considers the school a “launching pad for the future.”

“I would be a little lost without this school. It would be painful. I’d be without hope.”