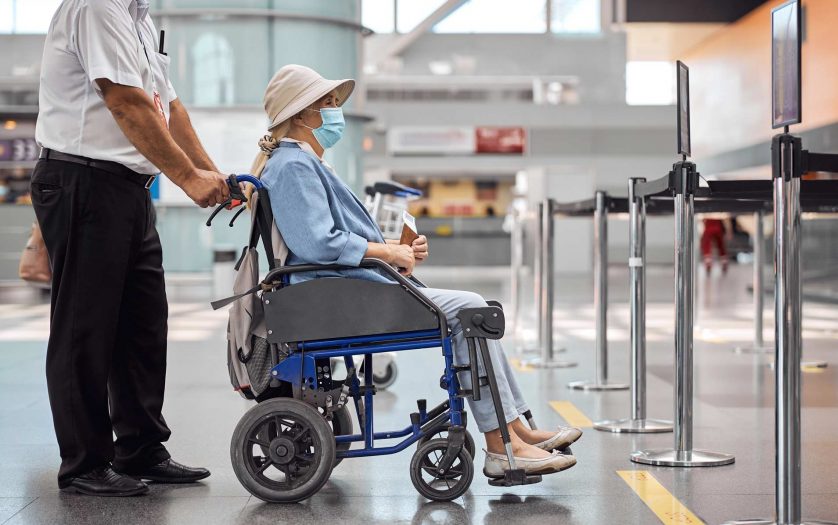 On Tuesday, the Civil Aviation Ministry of India issued draft guidelines for aviation sector stakeholders such as airlines and airports to ensure passengers with disabilities can travel at ease.

Days after, actor Sudhaa Chandran shared her ordeal at an airport – where she was asked to remove her prosthetic limb at the security checkpoint without any privacy – and appealed for Prime Minister Narendra Modi’s intervention.

Airport operators must make special arrangements to facilitate screening of persons with special needs so that the process is carried out efficiently, “keeping the dignity and privacy of the passenger in mind”. According to the draft guidelines,

The passenger — who has a prosthetic limb — will first pass through the door frame metal detector and should then be taken to a private screening point and made to sit comfortably, it noted. This passenger will then receive additional screening, including a pat-down, the draft guidelines said.

“A prosthetic appliance which does not have any foam padding cover under which any weapon or explosive can be concealed and in which the steel rod of the appliance is clearly visible may be screened by visual inspection and ETD checks only, without removing it.”

However, in rare cases, where there is sufficient justification including profiling of the passenger, X-ray screening may be resorted to, it stated, adding the justification for subjecting a prosthetic limb to X-ray screening shall be recorded by the screener in a register
Prosthetic appliances that are covered in foam padding and in which the steel rod is not visible must undergo X-ray screening, it mentioned.

The ministry has invited suggestions and comments on the draft guidelines within three weeks. The final guidelines would be issued after taking into account suggestions from the public.

The draft norms cover all aspects of air travel – right from coming to an airport to catch a flight, to leaving the destination airport. It also provides for a service animal, pet relief area. The draft advises people with disability to inform airlines 48 hours before scheduled departure time, so that the latter can serve them better.

“Airlines should ensure that a disability awareness training is conducted for new hires and ensure periodic refreshers are conducted for all staff to reiterate policies and standard operating procedures on customer assistance with different types of disabilities,” it mentioned.

The Civil Aviation Ministry has given three weeks for people to send their comments and suggestions on the draft “Accessibility Standards and Guidelines for Civil Aviation”, after which final guidelines will be issued.