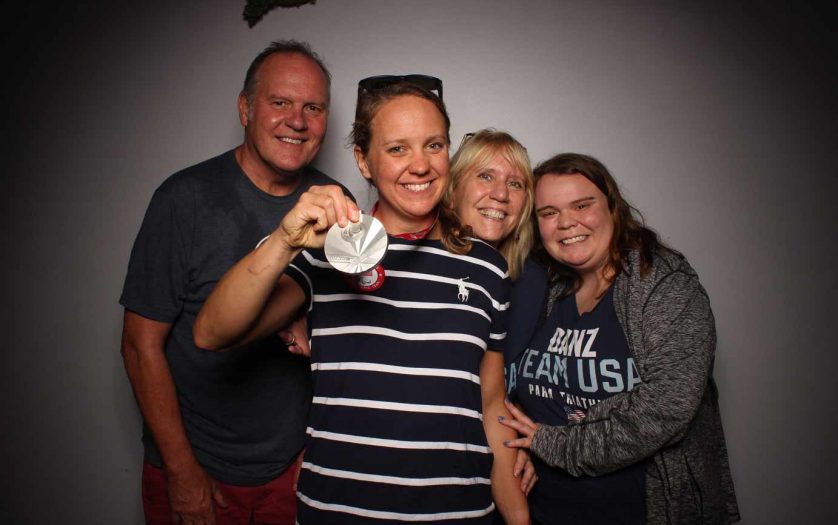 Dare2tri is an Illinois-based not-for-profit organization with the mission to enhance the lives of individuals with physical and visual disabilities by building confidence, community, health and wellness through swimming, biking, and running.

With growing media interest in the para-athletic community, the Victory Lap celebration increased awareness of Paralympic champions’ recent milestones, including equal pay for medalists and a rising number of endorsements.

“The success of the Paralympic Games and celebrating our Paralympians is a major catalyst for change in the disability community,” said Keri Serota, co-founder & executive director at Dare2tri.

“Events like Victory Lap create the awareness needed to elevate para-athletes with increased support while inspiring the next generation paralympic hopefuls.”

Being a well-known hub for athletic talent and high-level paratriathlon training, Dare2tri honoured four of its past and present Elite team members, including the following:

“We were thrilled to have many amazing role models join us for our Victory Lap celebration.  Our incredible honorees have dreamed of and reached the highest level,of triathlon and they have the power to inspire the next generation of athletes — even the ones who don’t aspire to compete at the elite level. Each of these Paralympians got their start in the sport by attending a Dare2tri camp, clinic or practice. At Dare2tri, we meet each individual where they are at and focus on a plan and strategy that allows them to feel confident and confident in their abilities. We proudly offer that programs serve the continuum from the beginner recreational athlete through elite athlete,” said Serota.

All proceeds from Victory Lap will provide programs, resources, equipment, and funding for athletes with disabilities at every level from recreational to elite.

“The Dare2tri Victory Lap celebration was not only a celebration of accomplishments but are union for athletes like myself with our Dare2tri team. The staff, the volunteers and all of those that supported us to get to Tokyo. We felt so much love and support as we raised funds that eliminate barriers for someone with a physical disability to get into the sport of triathlon. The money can help athletes get equipment that is often so expensive that it’s a barrier to get into the sport. The expensive running prosthetics, adaptive racing chairs and so much more. I left with such a full heart knowing that so many will be given an opportunity to get into the sport of triathlon because of the generosity of those that attended the victory lap,” said co-founder and Paralympian Melissa Stockwell.

Since its 2011 inception, Dare2tri has encouraged recreation, racing, and competition, while also cultivating a sense of community for all athletes, who are not labeled by physical ability, but rather their determination and will to succeed.