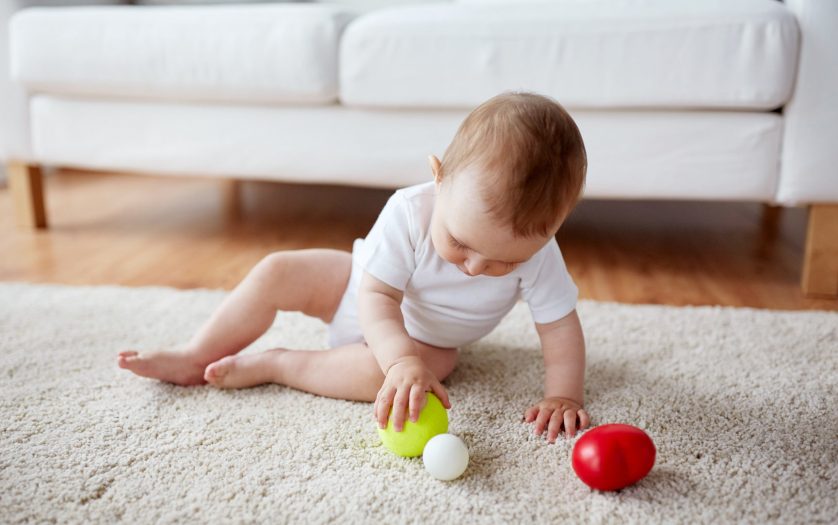 Babies with vision disabilities rely more on touch than hearing to respond to the world around them, but both senses will be important in designing tools to help them develop, according to new research.

Researchers at the Istituto Italiano di Tecnologia (Italian Institute of Technology), in Italy, and the University of Birmingham, in the UK, collaborated on a study to compare how sighted and babies with vision reacted to different stimuli.

While sighted babies reacted more to auditory stimuli, babies with vision disabilities reacted more to tactile stimuli. When both stimuli were presented together, the sighted babies were able to locate and respond much faster. Babies with vision disabilities were still able to produce a more rapid response than with just one stimulus, but the benefit which they gained from having auditory and tactile stimuli together was significantly less than that observed in the sighted babies.

The study, published in Current Biology, was carried out by a team from the Unit for Visually Impaired People (U-VIP) in the Istituto Italiano di Tecnologia, Genova (Italy), working in collaboration with the University of Birmingham’s BabyLab in the School of Psychology (UK), the Centre of Child Neurophthalmology, IRCCS Mondino Foundation, Pavia (Italy) and the Elfi del Boschetto Nursery (Italy).

The collaboration stems from a project supported by a European Research Council grant to Dr. Monica Gori, who is a Principal Investigator at IIT, leading the U-VIP lab and coordinator of the study. Her research aims to link child development, visual disability, and rehabilitation, starting from understanding how spatial awareness develops in the brain in both sighted and children with vision disabilities.

Dr. Gori’s research aims to identify the specific developmental periods when visual experience is crucial in establishing multisensory links between vision and the other senses—and how this process is affected in blind infants, children and adolescents.

The collaboration between the research team of Dr. Gori in Italy and Prof. Bremner in the UK enabled these questions to be tackled through behavioral studies with infants aged between five and 35 months with severe visual impairments. The direct observation was possible thanks to Dr. Sabrina Signorini at IRCCS Mondino Foundation, Pavia, who managed the clinical aspects of the research, and thanks to the Elfi del Boschetto nursery of Genoa.

Babies with vision disabilities were able to respond to auditory and tactile stimuli. Researchers put buzzers that could either vibrate or make a sound in the babies’ hands and recorded what happened when the babies experienced either sound or vibration in either hand or both hands at once.

“This work tells us that infants with vision disabilities already perceive a different world from ours” explains Dr. Gori. “This is the first study that investigates multisensory integration in blind infants using pure sensory stimulations. In recent years, we have developed technologies for older blind children. These new results will enable us to develop new rehabilitative technologies for early intervention that we can use in this highly sensitive period of early development.”

Co-author Professor Andrew Bremner at the University of Birmingham, says that “we know a lot about how visually impaired adults and children perceive the world because we can ask them, and there are plenty of resources that can help them develop and improve that understanding.”

“It’s much harder to understand how infants with vision disabilities develop their awareness of—and response to—the world around them, but also really important to support them effectively during this early, crucial, developmental stage. These insights can be used to improve the tools and resources being designed for this purpose”.

Researchers believe that these findings holds promise for early sensory interventions, or rehabilitation tools which might help infants with vision disabilities learn more about the world around them and themselves.