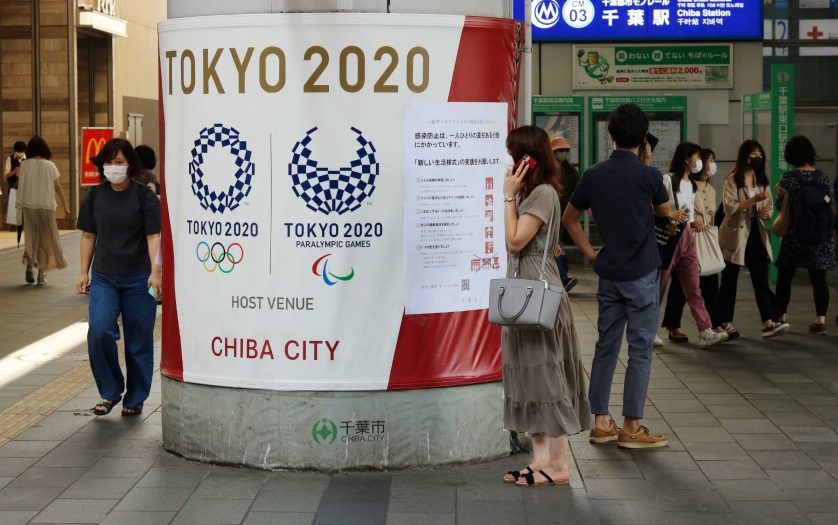 Japan is about to announce expanded states of emergency to eight more prefectures, taking the total to 21 regions, covering almost 80% of its population.

The unusually blunt statement from a Japanese official underscores the frustration felt by many as the government grapples to bring infections under control. Citizens are growing weary of life under restrictions and companies are ignoring repeated requests to promote work-from-home.

“We had said over and over ‘What kind of message will the Olympics send to the public?'” Dr Shigeru Omi, the immunologist who chairs the government’s coronavirus advisory panel that approved the emergency plan, said in a parliamentary session.

“We’re asking people to work from home more. If (IOC) President Bach needs to give a speech (for the Paralympics), why couldn’t he do it remotely? Why does he have to bother coming all the way here?” Omi said, drawing applause from a few lawmakers for his remarks.
“That kind of plain, common sense should function under these circumstances,” he said.

Omi and others in the medical community opposed holding the 2020 Games and warned that coronavirus infections could spread as the public interpreted hosting the Games as a sign that it was safe enough to go about their normal activities.

Months of emergency curbs in the capital, Tokyo, and surrounding areas have failed to reverse a surge in infections and about 90% of the city’s critical care beds are occupied.

The state-of-emergency expansion plan that is expected to be formally approved this evening will add Hokkaido, Aichi, Hiroshima and five other prefectures starting from Friday through to Sept. 12.

The government reported 21,610 new cases and 42 deaths for Wednesday.

The ACT Council of Social Service (ACTCOSS) has today welcomed…

Disability advocates are concerned that persons with disabilities are set…

The peak advisory body for some of the largest providers…

Better access to vaccination and testing for persons with disabilities

The ACT Government is offering more dedicated COVID-19 vaccination and…