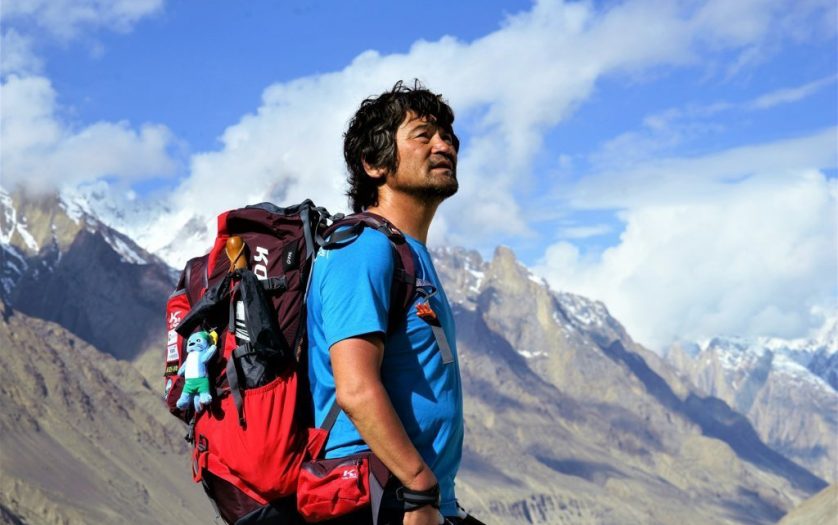 Kim Hong-bin is the world's first person with a disability to conquer the world's 14 highest mountains in the Himalayas. Photo: Gwangju Metropolitan City Sports Association for the Disabled via The Korea Herald

A celebrated South Korean mountain-climber who lost his fingers to frostbite 30 years ago went missing after climbing all of the world’s 14 highest peaks in the Himalayas, the Korea Herald reported.

The 57-year-old adventurer, Kim Hong-bin, has become the first person with a disability in the entire world to climb all 14 highest peaks in the Himalayan and the Karakoram ranges. According to the KAF, Kim has become the world’s 44th and South Korea’s seventh person to summit all 14 peaks.

“I received a call that Kim Hong-bin went missing on his way down from the peak,” Lee In-jeong, president of the Union of Asian Alpine Associations (UAAA), said. “I heard that climbers there tried to rescue him, but failed.”

Kim reached the 8,047-meter-high Broad Peak summit, located in Pakistan’s Karakoram Range, at 4:58 p.m. Sunday (local time), becoming the world’s first person with a disability to achieve such a deed.

It is reported that Kim got lost at 7,900 meters above sea level and sent out a distress call at 9:58 a.m. on Monday. Nearby climbers attempted to reach him but failed.

The Korea Alpine Federation (KAF) said it has launched an investigation.

“You gave more pride and hope to the people, who are tired of the coronavirus,” Moon wrote on social media.

Kim’s achievement has also given great courage and confidence to people with disabilities worldwide, the president added.

A team of six mountaineers, including Kim, left for the Himalayas on June 14 and set up a base camp at a 4,800-meter location of Broad Peak on July 14. Kim’s team experienced difficulties due to bad weather early on in their trek, but managed to reach the peak after four days of full-scale climbing.

The expedition was initially scheduled for last year, but the COVID-19 pandemic caused its postponement.

Kim reportedly lost all 10 of his fingers due to frostbite in 1991 while climbing up the 6,194-meter-high Mount McKinley, the tallest mountain in North America.

But he overcame his challenges with a fighting spirit to become the world’s first person with a disability to conquer the highest mountains on the seven continents.

Kim reportedly said he hopes his success will encourage all South Koreans wearied by the COVID-19 pandemic.