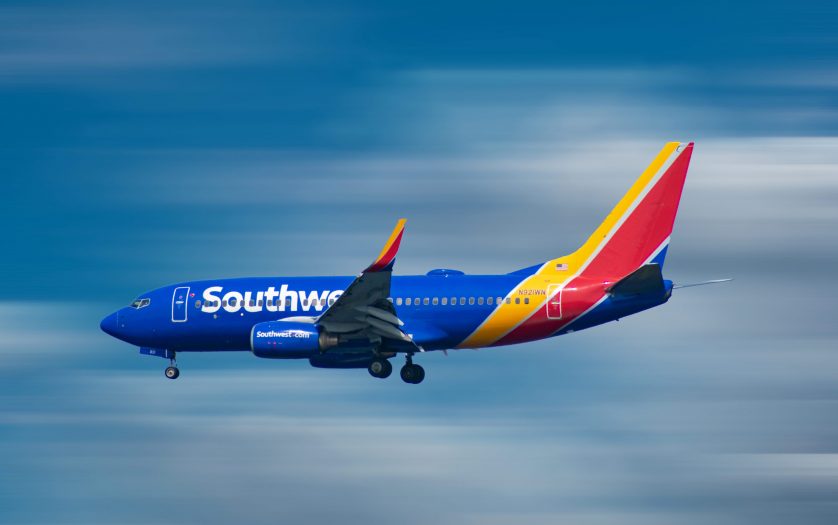 A Long Beach, California family asserts they weren’t allowed to board their flight at St. Louis Lambert Airport due to their autistic son’s inability to wear a mask.

LaShaunda Jethro and her husband grew up in St. Louis. They were visiting their hometown with their 17-year-old son Trey, who is non-verbal.

Jethro told News 4 that the trip to St. Louis was uneventful. However, when the family went to board their flight home, it was a different story.

“Everyone was so nice, and you know, the ticket agent there even gave us pre-boarding and looked at my son and noticed. A lady from TSA saw us and said ‘no you come here, we’re gonna get him through,'” Jethro said.

This was all before the family got to the gate. Jethro said flying with her son was always challenging pre-pandemic, but the face mask protocol has just heightened the difficulty.

“He will not keep a mask on his face. We have tried and tried, he just won’t do it,” Jethro told News 4.

Southwest Airlines’ policy does have exemptions for masking which includes passengers with disabilities, reported News 4.

Their policy states the passenger or guardian must fill out a formal request for a masking exemption, as well as possess a physician’s note.

“We get to the door of the plane and the flight attendant is like, ‘no, he can’t come on, he’s gotta wear a mask’. I got my phone and pulled out the doctor’s letter,” Jethro said.

Jethro, who is a nurse practitioner, said she informed the flight attendants that her son was fully vaccinated and attempted to show his vaccination card. The family was finally allowed to board the airplane after disputing with the airline for several minutes, and after contacting News 4.

But once they sat in their seats, flight attendants asked just the mother to deplane. Jethro repeatedly asked why she was being removed.

“While boarding Flight 4238 this morning from St. Louis to Long Beach, there were concerns with documentation related to a Customer seeking a mask policy exemption for their child. Our Ground Operations Team and Flight Crew worked out a solution to allow the family to travel. However, once onboard, one of the members of the family was asked to deplane following a conversation with our Flight Attendants and for not complying with the federal mask mandate. Ultimately, our Flight Crews are responsible for the Safety, Security, and comfort of all Crew Members and Customers onboard. Once in the gate area, our St. Louis Team explained the situation and rebooked the Customers on a different flight.”

The statement said Jethro was asked to deplane after a conversation with flight attendants and not complying with the mask mandate. A Southwest Airlines spokesperson told News 4 that Jethro wasn’t wearing her mask at one point during the conversation with attendants, but couldn’t provide any further specifics.

Jethro insisted she always wears a mask. She told News 4 that her mask was too big and kept falling off, but said she re-adjusted it, ensuring it was covering her face at all times. The airline’s spokesperson disagreed with this as well.

“I’m just still so in shock and just amazed that this happened, and it’s like what else can I do? I don’t know what else to do besides call corporate. What do we need to do to make sure we’re doing the right thing,” Jethro continued.

Jethro told News 4 the entire family’s belongings, including her son’s medication, was on the flight to California. She said she believes it’s already in Long Beach, but can’t reach anyone at the airport there.