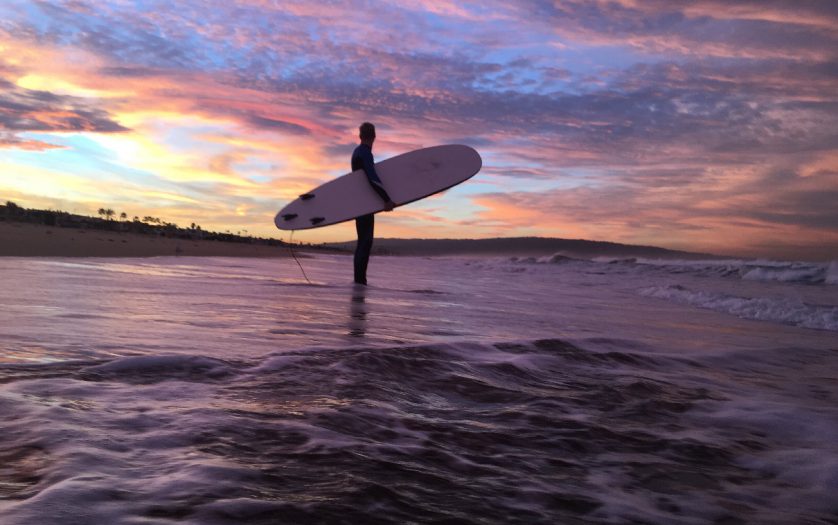 Brazilians with disabilities feel a sense of freedom when surfing the waves along the São Paulo coastline.

Malu Mendes was told she would never walk normally — now she is a world champion surfer.

“I feel free, it’s a great pleasure, an inexplicable sensation, there’s a great connection with nature,” expressed Mendes, 28, who has cerebral palsy.

Being told at a young age that she would always have mobility issues and would never being able to balance on a surfboard, many might be shocked to learn that Mendes became parasurf world champion last year, reported France 24.

“I can speak with all the authority in the world, surfing cures,” she said.

Mendes, the daughter of surfer Paulo Kid, attends the Surf Adaptado (Adapted Surfing) school that was launched two years ago. The surf school is geared towards children and adults with autism, Down syndrome, amputees, and people who have had strokes.

Run by Francisco Arana, a Brazilian surfing pro, the school has given free tuition to 280 people with disabilities.

“Surfing has an incredible power. You can do anything but you can’t be healthy without happiness,” said Arana.

“That’s our reason to exist, to create happiness through surfing.”

The 64-year-old encountered students with disabilities who wished to surf but were unable to use regular surf boards.

So Ariana created adaptive boards. Some make sounds to accommodate surfers with vision disabilities while others have special velcro straps for paraplegics.
“With surfing we managed a much better evolution than with other therapies. I think it is due to the contact with nature,” said Adriana de Souza, who has been instructing her son Joao Vitor, 13, who has autism.

Joao Vitor was not very social – now he speaks more fluently and interacts more with others.

Four years ago, Hamilton Fernandes had a stroke that affected the right side of his body, preventing him from climbing onto a surfboard.

But thanks to one of Arana’s adapted board, Fernandes is able to surf which has improved his mobility by 90 %.

“I was in hospital and now I’m here, it’s another opportunity,” said the 63-year-old.

Miguel Almeida, 23, contracted toxoplasmosis when he was eight months old and quickly lost the majority of his eyesight; his left eye retains 5 % vision and his right eye had 10 % vision. Despite his vision loss, Almeida can sense the formation of waves.

He told France 24 that he hope to compete in the parasurf world championships in California in December.

“Many people don’t believe in people with disabilities, but through the school, we’re showing that disability can overcome anything,” he said.

Brisbane, Australia’s third most populous city, will host the 2032…

IPC and WHO sign agreement to partner for change

The International Paralympic Committee (IPC) and the World Health Organization…

Becca Meyers, a six-time medalist with three golds from the…