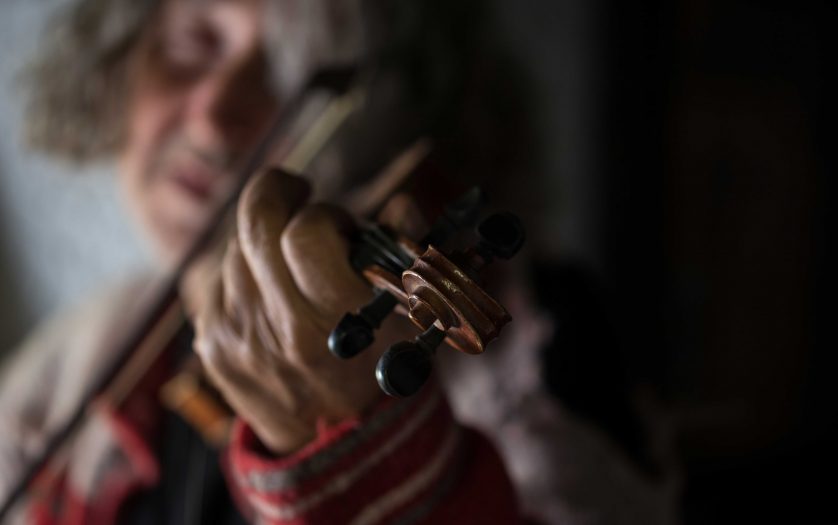 Sally Clay, Scotland’s first blind theatre musical director, recalled being refused entry to a nightclub because her cane was “too dangerous.”

Clay’s story of overcoming adversity, discrimination and unemployment and her success in the music industry can be heard on ‘Blind Notes’ – a seven-part series of radio interviews featuring blind musicians from around the world, reported The Scotsman.

Musicians from all genres of music are featured in the series, including legendary Robin Millar, CBE, multi-instrumentalist and record producer who has 140 gold and platinum discs to his credit as well as the ten million-selling ‘Diamond Life’ by singer Sade.

Millar will reveal how he faked a fight with crew members while recording in France in order to hide his failing eyesight.

Andrea Begley, Irish winner of ‘The Voice UK’ in 2013, tells how she was late for the life-changing audition.

Grammy award-winning US jazz pianist and singer Diane Schuur describes how soul legend Stevie Wonder cried when hearing her sing ‘I Just Called To Say I Love You’ at the Kennedy Honors tribute.

The hour-long conversations begin this Wednesday at 6pm on RNIB Connect Radio, Europe’s first radio station for people with vision disabilities, based in Partick, Glasgow.

The Royal National Institute for Blind People Scotland say the interviews showcase the strength and perseverance of musicians with vision disabilities who face unique challenges every day, such as learning Braille music, organising networks of aids to help get them to gigs and arranging non-visual cues for live performances.

Clay, 41, originally from London, who sings and plays piano, told The Scotsman, “I never, ever got a letter of apology from the night club. But I did speak out about it because I didn’t want it happening to someone blind and younger than me who might lose their confidence and never go out again.

“Despite that, Scotland is where it all kicked off for me. I saw an advert in The Stage newspaper when I was about 24 years old for musicians and actors with disabilities and just went for it.

“But being a blind musician means you can get pigeon-holed and people can instantly think of Andrea Bocelli or Ray Charles rather than what you are yourself.

“It means I’ve had to work harder than other musicians. I’ve really had to learn to stand up for myself.”

‘Blind Notes’ broadcasts on Wednesdays from July 21 at 6pm and is repeated on Saturdays at 8pm. It can be heard on RNIB Connect Radio on 101FM in the Glasgow area and across the UK on Freeview 730. Online at www.rnibconnectradio.org.uk

UK new strategy to boost accessibility for passengers with disabilities

Passengers with disabilities will have better access to public transport…