Haitians with disabilities experience gang violence, forcing them to flee 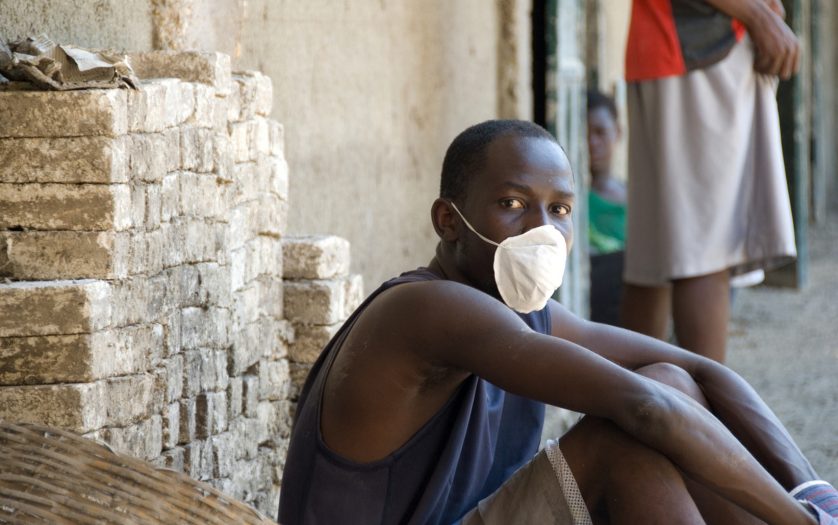 Hundreds of Haitians with disabilities have been living in deplorable conditions in a communal school, without food and basic hygiene needs, since June 20th.

Samuel Jean is just one of the 565 people with disabilities at this school.

Jean, who is blind and in his 30s, said, “When we got here, there was dust everywhere. So far the space is dirty. We are packed like sardines to sleep on. This is our situation here. For me, the state does not exist.”

These refugees with disabilities spent many days in the courtyard of St. Yves Parish before being brought to this school by the Office of the Secretary of State for the Integration of Persons with Disabilities.

Jean explained why they are in this situation, saying, “It was an event that happened that made us be here today. Our house was consumed by fire. We have nowhere to sleep. In this school we have come to take refuge.”

On June 17, the entire La Piste camp, where people with motor disabilities, blind and deaf lived, burned down. At least one person died and three others were injured in the fire, according to unofficial reports.

“This is a criminal action that we deplore. That is why we demand justice and reparation. Because we are vulnerable people, ”said Philogène Gesner, who runs an organization that defends the rights of people with disabilities.

This is at least the second time that the camp, located in an extremely dangerous area of the capital, has been burned. Gesner questioned whether this is the criminal action of the National Police trying rid the region of those considered “bothersome.”

“This is an arson. The camp was set on fire by the specialized unit (of the Police) called CIMO on the pretext that the place was a hiding place for bandits. Without any professionalism, they decided to burn the space,” the activist complained.

Among the 565 disabled people fleeing, there are 86 men, 74 women, with the remaining being children.

At least 10% of the Haitian population has a disability, according to official figures. These people suffer social discrimination and are outcast by society.

“We couldn’t save anything. I have three children and a wife to take care of. I sent them out to beg on the street. I have no relatives. I can’t change my baby’s diaper. I have asked for money everywhere and people say they don’t have it, ”said a refugee who requested anonymity.

Haitians with disabilities are demanding that the state relocate them to a place where there are basic social services.

“It is unacceptable to live where we are. We sleep on top of each other. There is not even a space to do physiological needs,” said Gesner.

Approximately 8,550 people have become internal refugees due to insecurity and war in the Port-au-Prince area, according to official figures.

The government announced the creation of a “working group” made up of various ministries in order to help internally displaced persons due to gang warfare and armed attacks in different areas of the Port-au-Prince region.