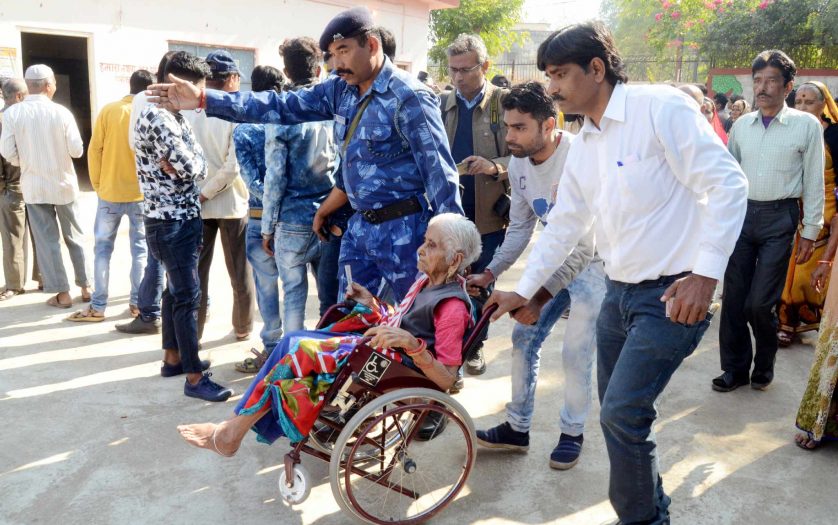 Wheelchairs were either completely unavailable or there weren’t enough for voters with mobility disabilities, while people with vision disabilities said they were unable to vote independently due to the lack of Braille ballots.

At St Mark’s School in Chromepet, volunteers said wheelchairs were not available when requested. At the Seventh Day Adventist School in Tambaram, a wheelchair was supplied only after several seniors and people with disabilities had already cast their votes with help from relatives and volunteers, often being physically carried up and down stairs. At the Holy Angels School in Tambaram, an 80-year-old woman had to be helped up the stairs by her son and daughter-in-law when the single wheelchair at the site was already being used.

“I had asked the polling officer for Braille ballot papers. They ignored the request and asked me to go inside with a person I didn’t know to assist me and paid no heed to my attempts to cast my vote independently.” said Raghuraman K, who has a vision disability and cast his vote at Sitadevi Garodia School in East Tambaram.

“In one of the booths, the pathway where voters waited was only about 4.5 feet wide. There was no space for a wheelchair. They also cannot be moved to the front of the queue on priority because of lack of space,” he told The New Indian Express.

“We went to cast our vote at the Government High School in Perumbakkam. There was no wheelchair available when we went and we waited for an hour for them to bring it. Even then, the ramp did not allow us to navigate by ourselves and we needed help.” said S Maan Kumar, a resident of the Tamil Nadu Slum Clearance Board in Perumbakkam, who has a mobility disability.

The Australian Human Rights Commission has released a new report,…