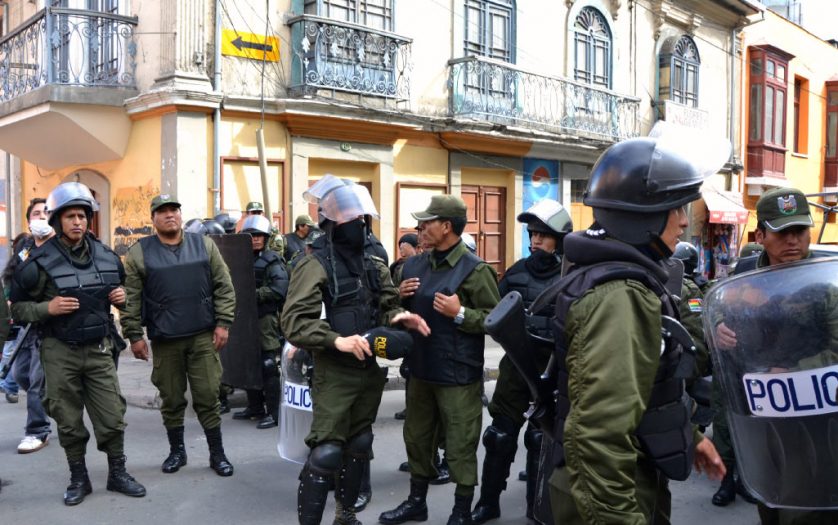 The Ombudsman’s Office demands the General Command of the Bolivian Police to take disciplinary actions against police officers and authorities who carried out cruel and inhuman acts and use force against persons with disabilities during a Covid-19 protest held between September and October last year.

“During the protests of persons with disabilities, police officers from the UTOP (Special Operations Tactical Unit) made disproportionate use of force and committed cruel and inhuman treatment against the people, by making irrational use of pepper spray” said the Ombudsman, Nadia Cruz.

“The police officers also committed cruel and inhuman treatment to prevent and hinder the delivery of mattresses, blankets, clothing, water, mats, diapers, and other essential items for people with disabilities, including older adults and women, who were on a hunger strike.” said Cruz.

The Office of the Ombudsman reminds the Executive Branch, through the Minister of the Presidency, of the duty it has to deal with the requests or demands of people with disabilities in a timely manner, to prevent them from assuming measures of fact that could affect their integrity and peaceful resolution of conflicts.