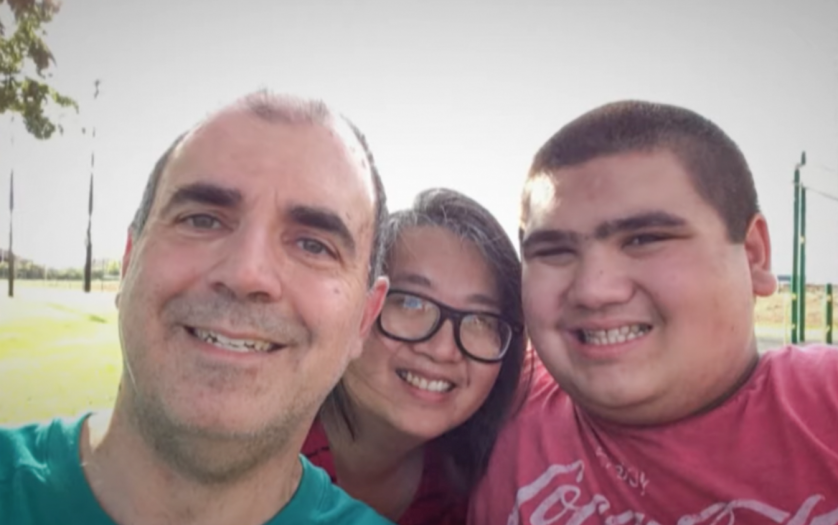 On January 19, 2020, in a Louisiana shopping centre parking lot, an obese, severely autistic, 16-year-old boy was shackled, sat on, and put in a chokehold by Sheriff Deputies for nine minutes until he stopped breathing.

This is what the federal lawsuit, filed by the youth’s parents on Thursday against the Louisiana Sheriff and seven Deputies, purported happened to their only child, Eric Parsa.

The Sheriff’s Office responded to the lawsuit as “rife with false claims and malicious accusations.” According to its statement, the youth had mental issues that caused him to be violent, saying the Deputies responded to a domestic call of the boy attacking his father.

Deputies “tried to control the violent teenager’s outbursts to prevent him from again attacking his parents and first responders,” the Sheriff’s office said.

Parents Donna Lou and Daren Parsa asserted that they watched their son suffocate to death, at the hands of the first responders, in the mall parking lot in suburban Metairie.

Allegations in the lawsuit included excessive force by the Sheriff Deputies and violations of the Americans with Disabilities Act.

“We are private people … but we understand that sharing Eric’s story is the only way to bring change,” Lou said, crying while she read a statement during a news conference. Their attorneys did not allow the parents to answer questions as they are both witnesses to death.

Eric enjoyed and regularly played laser tag at the Metairie strip mall. According to the lawsuit, after playing on January 19, 2020, Eric had a “melt-down”, slapping himself and his father, and biting his father hard enough to draw blood.

A laser tag manager called Reserve Deputy Chad Pitfield, who provides security for the Westgate Shopping Center, telling him the “adult child” was autistic. Attorneys stated that Sheriff Deputies were called in to assist and were also told that Eric Parsa was severely autistic.

“Our position is that techniques and actions by the sheriff’s department would have been inappropriate in any circumstances,” said attorney Howard Manis.

He said Eric Parsa’s disability “only exacerbates how egregious the conduct by the sheriff’s department was.”

According to the lawsuit, a “seriously overweight” Pitfield had little difficulty laying Erica Parsa face down on his stomach. The Deputy weighed 365 pounds (165 kilograms) and stood 6 feet 3 inches (1.9 meters) when he applied to the sheriff’s department in 2007, it noted.
It is alleged that Pitfield sat on the teen’s buttocks for about seven minutes, after which another deputy “took his place on E.P.’s backside”.

The lawsuit stated that, eventually, there were seven deputies “sitting on, handcuffing, shackling, holding down, or standing by E.P. as he was restrained and held face down on his stomach against the hard surface of the parking lot.”

Parsa was held on his stomach for nine minutes and six seconds, the lawsuit stated. “There were several clear and distinct opportunities when E.P. was secured, was calm, was not actively resisting,” but Deputies didn’t “appropriately reduce the use of force.”

It said that a second Deputy, on top of Parsa, raised his cuffed hands above his head and put a chokehold on the teen.

According to the suit, when that Deputy traded places with a third officer, they noticed that Parsa had gone limp. At that point, the boy was rolled onto his side. “By then, it was too late. E.P. was dying,” the lawsuit said.

Until then, not one Deputy had checked to see whether Parsa could breathe. At no time was he put on his side, sat up, or switched to a “recovery” position to help him breathe easier, the lawsuit said.

Reportedly, the Deputies attempted CPR but did it wrong, pressing on the teen’s belly rather than his breastbone. Lou, the teen’s mother, told deputies that she was a doctor and offered to help with CPR, but they “told her to stay back and let them do their job,” the lawsuit said. It stated that the parents watched as their son was dying; turning blue and foaming at the mouth.

An ambulance was dispatched, taking the boy to a hospital. A nurse later called to tell the parents that their son’s heart had stopped, according to the lawsuit.

The Parish Coroner ruled the death accidental, “as a result of Excited Delirium” with his obesity and “Prone Positioning” among contributing factors, the lawsuit said. But it added, “E.P. did not die of ‘excited delirium’ and his death was not accidental.”

The Sheriff’s office’s statement said, “While the Sheriff’s Office understands that all deaths are cause for sadness and a time for grieving, this lawsuit is rife with false claims and malicious accusations against the first responding deputies.”