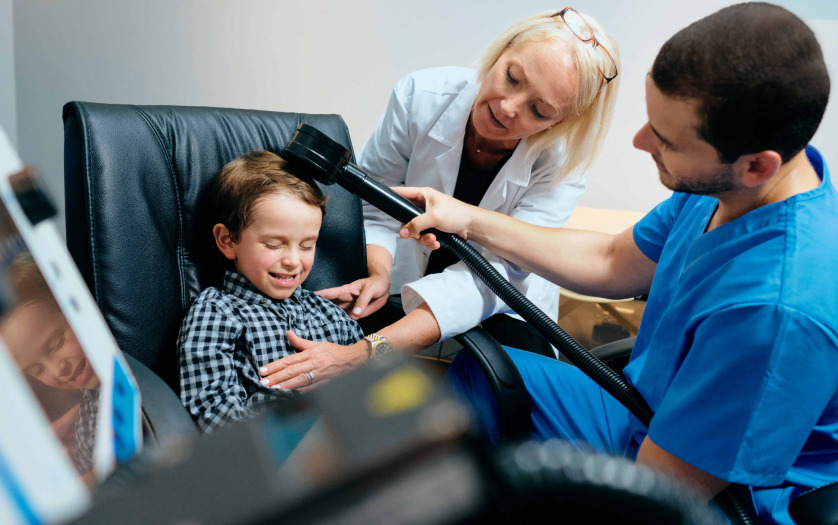 Rutgers researchers have found that a test widely used to diagnose whether children have autism is less reliable than previously assumed.

The study is published in the journal Neural Computation. The standardized test, known as the Autism Diagnostic Observation Schedule (ADOS), assesses communication skills, social interaction and play for children who may have autism or other developmental disorders.

The researchers digitized the test by attaching wearable technology, like an Apple Watch, to two clinicians and 52 children who came in four times and took two different versions of the test.

When researchers looked at the scores of the entire cohort, they found they did not distribute normally – which could mean a chance of false positives inflating the prevalence of autism, among other implications.

The results showed that switching clinicians may change a child’s scores and consequently influences the diagnosis. The researchers found similar results when they analyzed open-access data of 1,324 people ages 5 to 65, said Elizabeth Torres, associate professor of psychology in Rutgers’ School of Arts and Sciences, and director of The New Jersey Autism Center of Excellence.

“The ADOS test informs and steers much of the science of autism, and it has done great work thus far,” said Torres, whose expertise has brought emerging computer science technology to autism. “However, social interactions are much too complex and fast to be captured by the naked eye, particularly when the grader is biased to look for specific signs and to expect specific behaviors.”

The researchers suggest combining clinical observations with data from wearable biosensors, such as smartwatches, smartphones and other off-the-shelf technology.