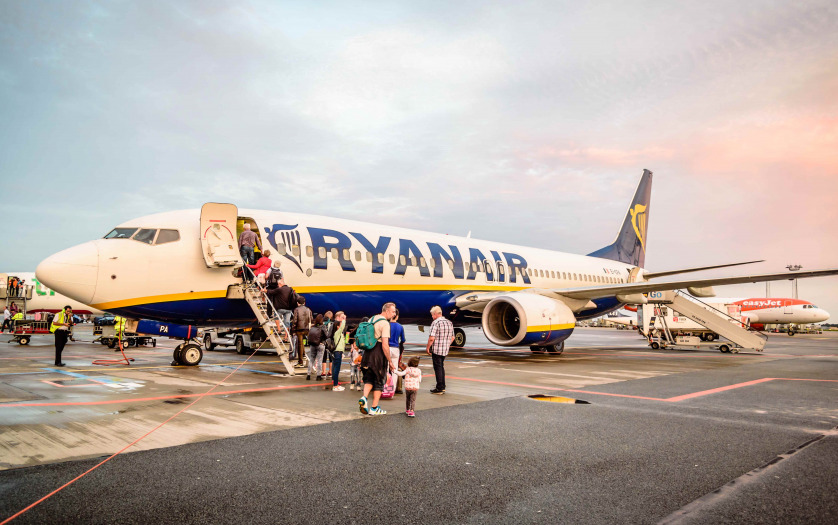 Louise Allen, 32, has bladder pain syndrome which causes her severe pain if she cannot access a toilet at specific times. She has claimed that Ryanair attendants reprimanded her and mocked her when she had to use the toilet on the craft when the warning lights were on the trip home from Portugal in October.

But Ryanair has denied the claim, adding that it’s staff were “respectful at all times to the customer”. Mrs Allen, of Loughborough, Leicestershire, says that when she initially arrived at the East Midlands Airport , she was given a green disability lanyard to wear. She said she was told her journey would be much smoother and it would help staff on the aircraft and in the airport to understand the situation. She said that when she boarded the aircraft for the flight home from Faro, she informed a lady staff member and showed her a letter explaining her disability and that the lady allowed her to use the toilet before take-off.

However, 20 minutes before they were due to land, she says she got up out of her seat to go to the toilet but, just as she was up in the aisle on her way, the seat belt sign came on and a man came over the Tannoy and said it was now prohibited to use the toilet while the seat belt sign was on. She said she used the toilet, but when she came back, a member of the aircraft crew gave her a very disapproving and annoyed look. She said she asked him if there was a problem.Mrs Allen said he asked why was she out of her seat and she replied that it was because she had bladder pain syndrome and needed the toilet, and had already explained it to his colleague when she boarded.He turned round and said she needed to listen and learn about Ryanair’s rules, she added.