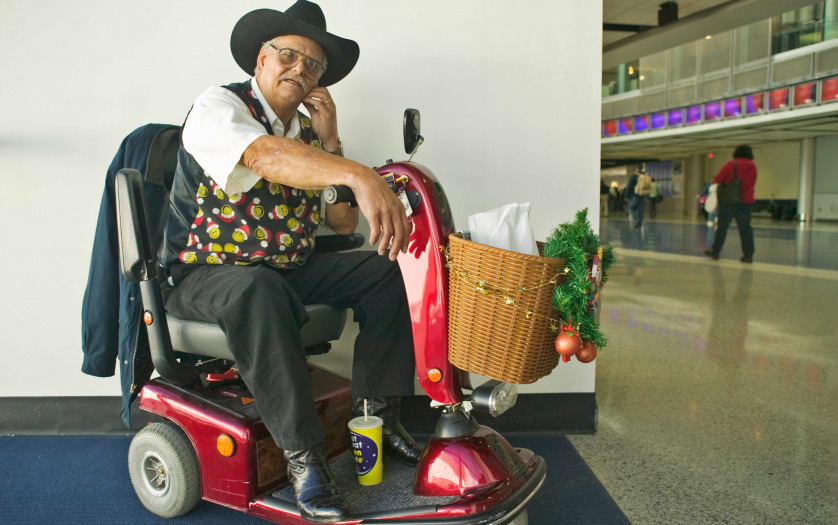 Heathrow has spent £23 million improving access and support but that hasn’t stopped some feeling that their ability to fly is being restricted, ITV reports.

Alan Benson used to fly regularly from Heathrow but says he no longer travels by plane because of the issues he continually faced. On one occasion he arrived on holiday to find his electric wheelchair broken in the hold. Which? magazine surveyed passengers with disabilities using the country’s five biggest airports and Heathrow came out the worst with 28% unhappy with their assistance service. Manchester was second with 22% dissatisfied. Luton was third with 20% unhappy.

“It’s completely unfair especially when there is a legal requirement telling airports you must provide these services. It’s not an opt in or opt out, they must provide them.

And I think hopefully they will reflect on that number and think well OK we have been making some improvements but we need to make more improvements far, far faster” said Rory Boland, editor of Which? Travel Magazine.

Heathrow says it is sorry for the experience some of their passengers. Alan was able to get the money back for his broken wheelchair but there will be many other like him who have been put off flying for good.