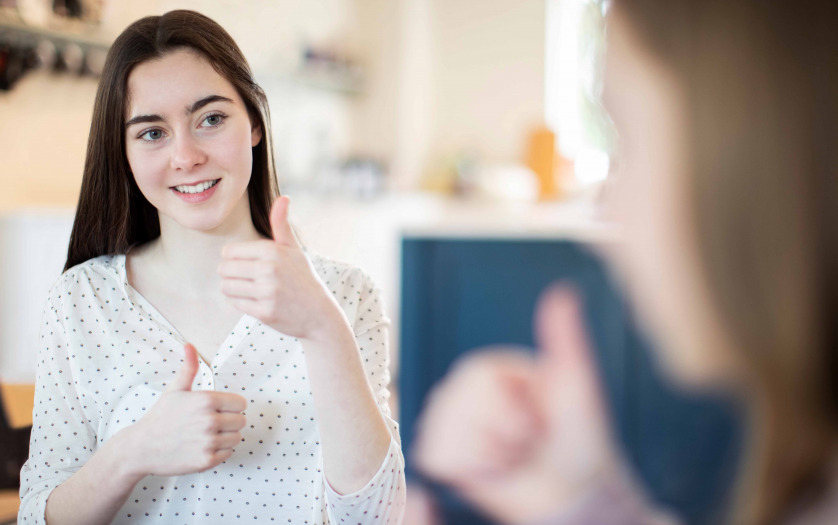 While people with hearing disabilities use hand gestures as their main means of communication, or communicate in sign language, recent research found that specialized sign language education is not being conducted properly, The Korea Bizwire reports.

In a survey of 320 people with hearing disabilities, conducted by the National Human Rights Commission of Korea, a majority of respondents (55.6 percent), said they learned the language from someone else.

On the other hand, only 29.1 percent of the respondents said they learned from school teachers and 5.9 percent received training from professional sign language instructors.

Such findings can be interpreted as insufficient education for people with hearing disabilities.

Furthermore, it proves how the education is unprofessional, as seen from the cases where people with hearing disabilities have to rely on their peers such as friends and seniors. The average age at which respondents acquired sign language was 12.3 years. Some 42.5 percent said they learned sign language in elementary school, and 13.1 percent in adolescence.