Nearly 70% of Disabled People Have Difficulties Accessing Transport or Buildings 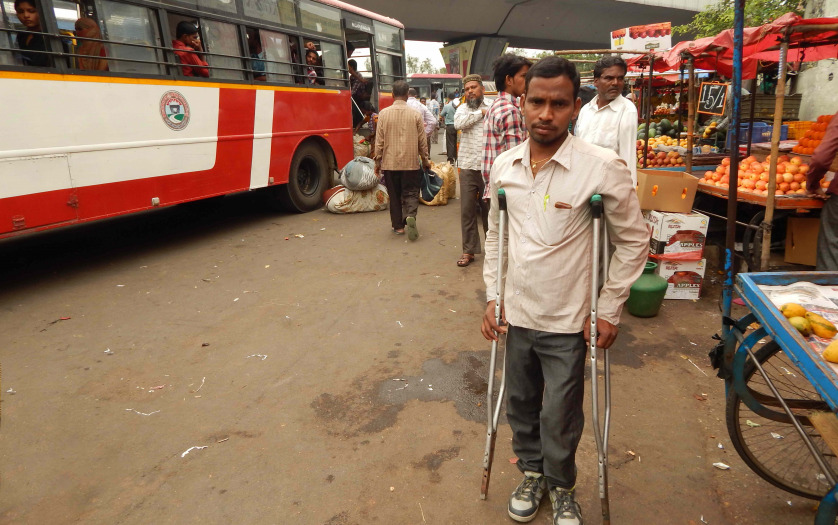 A report by the National Statistical Office (NSO) — Persons with Disabilities in India, has found that nearly 67.4% of the persons with disability had difficulty in using public buildings in Telangana (TS), The New Indian Express reports.

This is ironic because the report also found that among all persons with disabilities, merely 32% accessed public buildings. And only 58% used pubic transport in the last 365 days. Among them 70.7% of users found it inaccessible and difficult to use.

The study reflects data from the experiences of persons with disabilities in the last 365 days and shows the participation of this community in everyday functioning of the cities and state.

The research further reveals the urban-rural divide in the services offered to citizens. While the users of public transport and public buildings were essentially the same in rural and urban TS, the dissatisfaction was higher among the rural citizens of the state.

For at least 76.6% of persons with disabilities in rural areas faced difficulties with public transport and for their counterparts in urban areas who faced difficulties was 60.5%. This is possibly because TSRTC, which is the primary link in the public transport network in the state, does not provide any low floor buses to the districts. Almost all the services of TSRTC which have ramps are pushed only for city services. City also has more options like metro, which is far more disabled-friendly and has tactile tiles, announcements, elevators, ramps to support persons with disabilities. When it comes to the public buildings, it’s similar.