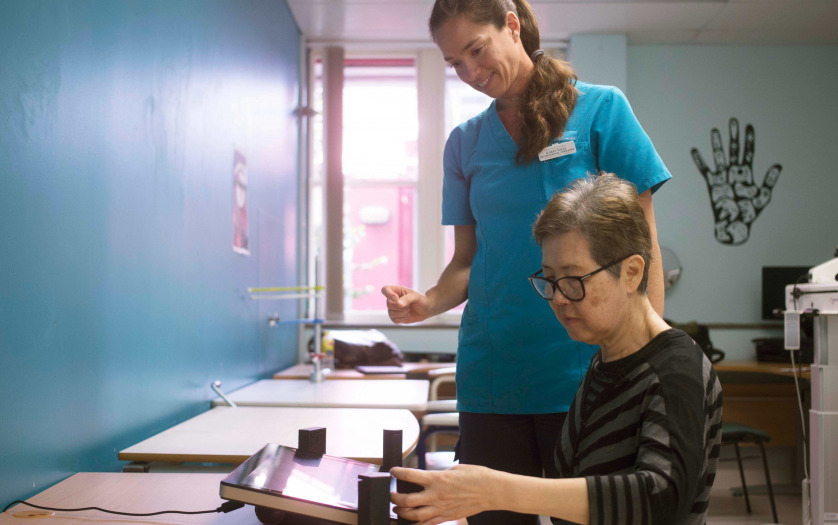 A new touch-screen therapy tool could accelerate the recovery of patients who have suffered a stroke and change the way rehabilitation is delivered in hospitals and homes.

Designed for people with acquired brain injuries, EDNA is a digital rehabilitation software that delivers therapy through a series of fun and challenging therapeutic games via a touchscreen device.

Findings from a randomised clinical trial showed stroke patients who incorporated EDNA into their treatment programs experienced an improvement two to three times greater than those who received only conventional therapy.

“We designed EDNA so that patients could be doing therapy without it feeling like therapy,” he said.

Stroke is one of the most common forms of acquired brain injury and currently affects half a million Australians. It often results in impaired hand and reach function, making it a leading cause of disability.

The recent clinical trial, published in the Journal of NeuroEngineering and Rehabilitation, involved a specialised table-top touch screen.

A new study is now underway at Sydney’s Prince of Wales hospital using a portable version that allows for increased treatment frequency with independent therapy at home.