‘Afraid to ask for a seat’: Push to help commuters see hidden disabilities 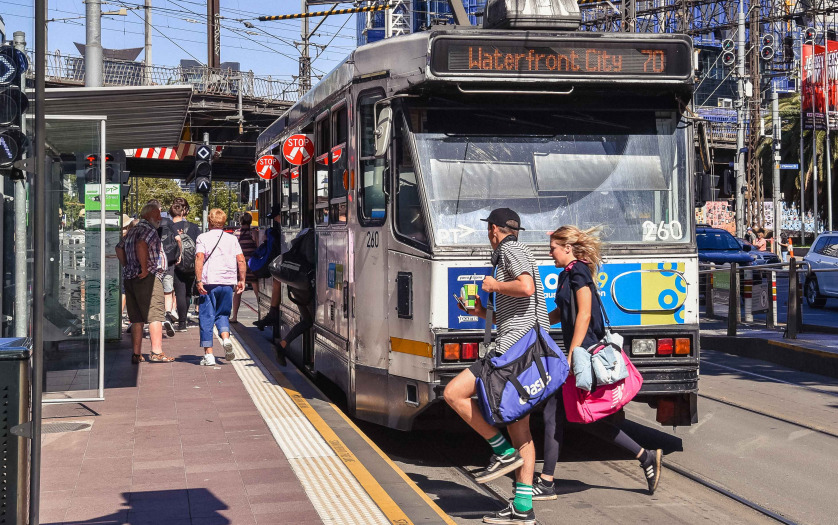 Catching the tram can be a confronting experience for Olympia Sarris, reports the Sidney Morning Herald.

Sometimes she takes a heat pack with her to ease the pain in her hip and the resulting nausea but often she is left standing in agony. The 23-year-old from Coburg has an invisible condition: autoimmune thyroiditis and ankylosing spondylitis, which can result in reduced flexibility in her spine and pain in her joints and back.

“As a young woman who appears fit and healthy on the outside, I am ashamed and afraid to ask for a seat,” she said. The hidden suffering of commuters like Ms Sarris is behind a push by advocacy group #thinkoutsidethechair for new public transport signs that acknowledge invisible disabilities such as rheumatoid arthritis, Myalgic Encephalomyelitis and Chronic Fatigue Syndrome or Meniere’s Disease that, while debilitating, are not outwardly obvious.

Ms Sarris thinks the sign that pictures a wheelchair split with a standing man would make it easier for her to travel on public transport. Think Outside the Chair advocate Susan Sohn said the group was formed in response to the abuse people with invisible conditions had been subjected to when trying to use disability services.

The group is planning to launch a crowdfunding page in November to push for a campaign across national television and for councils and public transport to update signs.