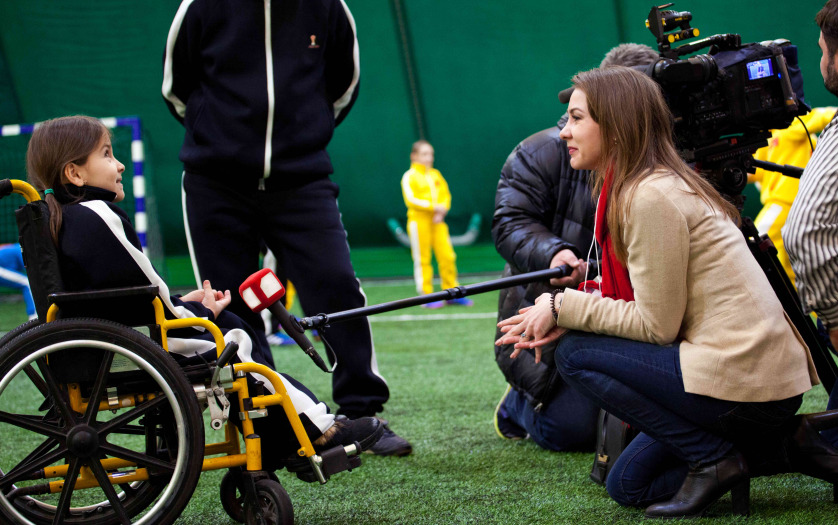 90% if not 100% of each an everyone one of us – has seen some form of media today, be it traditional television broadcast, or any of the variety of media that we access from our smart phones and computers – podcasts, social media and the like.

There is nothing more powerful – than the capacity of media to shape and change societal perceptions of people with disabilities. Despite global Treaties, Human Rights legislation and international and national disability acts – the reach of the media is far more pervasive into general society.

When I asked a friend with a mobility disability – “What has your experience been with the media?” She responded – it has been both good and bad – even when it was about representing the same topic.  My friend is a wheelchair user an accessibility consultant, and a retired Paralympic and World Champion, and when she was competing, she was interviewed quite often.

The Good = she was interviewed by a sports reporter about her sport, her training and what it was like to win a Paralympic gold medal – in the television story, she was portrayed as a great athlete, someone who not only trained, but went to work every day, and had a wonderful husband.  In other words – she was portrayed as a regular person, who with hard work, was able to achieve an amazing athletic feat.

The Bad  = she was interviewed by a community reporter, also about her sport and participating at the Paralympics – the story was broadcast on television and on radio, but the portrayal was significantly different – she was ‘confined’ to her wheelchair, and despite her disability, she was able to play sports using ‘special equipment’ and was able to overcome these challenges and was fortunate not only to have a job, but a husband.

How could interviews about the same topic result in such different outcomes ? Likely – one interviewer, clearly comfortable with persons with a range of abilities and disabilities saw her as a person with extraordinary drive and talent. The other interviewer, primarily saw her for her disability – and that tainted how the story was represented. That is an example of real life ‘news’ situation

But the media encompasses many facets outside of the news, what if we look at how the medial portrays people with disabilities in programming. The portrayal of persons with disabilities has changed in the broadcast media – for better and for worse. In the past, you would just never see a person with a disability in a TV show or a movie, or if you did, it was someone’s old grandmother in a wheelchair, or grandpa who was hard of hearing and getting around with a walker, or perhaps someone with a mental illness locked away in an institution.

Now when persons with disabilities are featured in mainstream media, they are most often portrayed in one of two ways 1. sometimes portrayed as inspirational and courageous, and more often than it’s mostly because they do simple things like get a job, finish education, get married, go shopping – nothing extraordinary. 2. Alternatively, they are depicted as the victim or the helpless soul in dire need of constant support, unable to do anything for themselves without a support worker,  friend or parent.

The biggest issue in regard to the participation and portrayal of people with disabilities in the media can be summed up in one thought –  society does not see them as people first. They seem the as heroes and ‘the handicapped’. People who make the decisions in media, are part of society – so it continues to be the circle, people are represented as heroes and the handicapped – ergo, that is the message that continues to be reinforced.

As with all social change – it needs drivers, and until there are more positive portrayals of persons with disabilities living regular lives like ‘everyone else’, there will continue to be incorrect, inappropriate portrayals. It was ground breaking when women first started to appear in media – as reporters, deliverers of the nightly news, and as persons of power on shows… and until that happens with persons with disabilities in everyday positions and jobs, it will continue to be an imbalance in the portrayals and representations

And this brings me to accessibility in the media, which is where my expertise lies. Once again by media, I don’t mean just television or news but any kind of service that helps in communication and delivering information.

In the last few years, one of the most revolutionary changes or developments to have come about is no doubt the internet. Information is now at the tip of our fingers. The world has become smaller.

There are now so many tools to ensure accessibility of popular media. People who are blind or deaf if provided information in accessible formats like audio descriptions and captioning can easily just like all of us enjoy going to the movies. Once again, this can be useful for all of us. Sometimes so many of us use captioning on movie and TV shows if we don’t understand the accent. This is called universal design – accessibility for all.

Web and technology accessibility in itself is a huge market and a topic of discussion. The world is now talking about why it makes business sense to design your products, websites and software keeping accessibility in mind. In a few countries legislations are already in place to ensure accessibility universally. The problem however is implementation which also boils down to attitudes and understanding of disability and accessibility.

Media is an important part of all our daily lives. It is one of the mediums that sub consciously leaves a huge impression on our decisions, choices and even prejudices. Which is why representation becomes so important. What we see is what we choose to believe.

If we want to see real change, we all need to remember, people with disabilities, are People first and foremost. 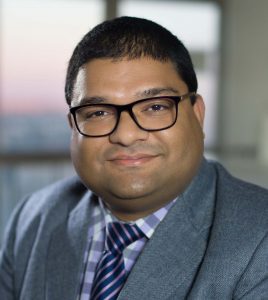 Aqeel Qureshi is Founder and CEO, Techbility and passionate about improving the online experience for persons with disabilities by ensuring that all information systems are accessible to the broadest possible audience. Aqeel has served as Vice President of the GAATES (www.gaates.org), and the Editor of the Global Accessibility News (GAN).