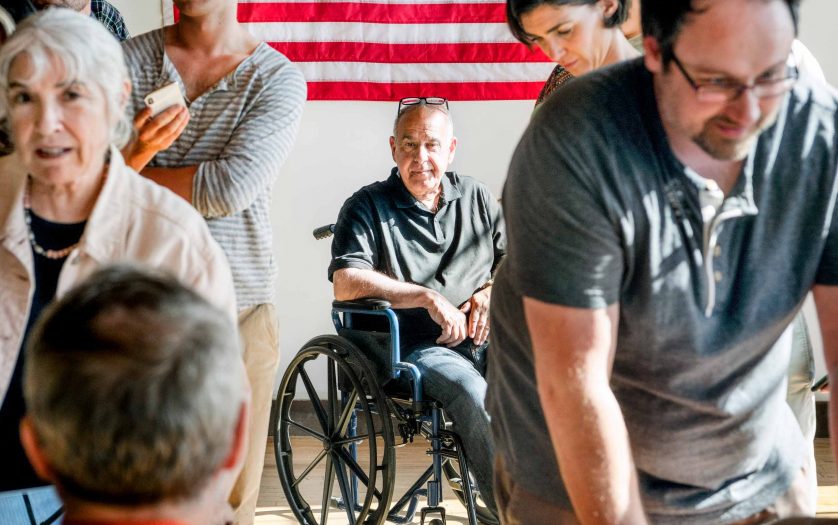 The Travis County clerk’s office has reached an agreement with the U.S. Department of Justice after federal officials found that barriers existed at many of the Travis County’s polling places for voters with disabilities.

The agreement resolves the United States’ investigation into Travis County’s compliance with Title II of the Americans with Disabilities Act (“ADA”), which prohibits discrimination on the basis of disability by a state or local government in any of its programs or services.

The United States surveyed over 50 of the polling places Travis County used during the 2020 Primary Election.  The United States observed that all polling places surveyed contained architectural or equipment barriers for voters with disabilities, such as a lack of van accessible parking, excessively sloped ramps, excessively sloped routes to the entrance, and protruding objects.  In addition, the accessible voting machines lacked knee and toe clearance to accommodate wheelchairs and lacked the same level of privacy afforded to other voters.  Polling places also lacked notice or procedures for voters with disabilities to access the county’s curbside voting system in a manner consistent with the ADA.

Under the terms of the agreement, the county will use an evaluation form for each current and prospective polling place based on ADA architectural standards.  The agreement requires the county to either relocate voting to new, accessible facilities, or to use temporary measures such as portable ramps, signs, traffic cones, and doorbells to ensure accessibility on Election Day.  In addition, Travis County will train its poll workers and other elections staff on the requirements of the ADA and how to use temporary measures to ensure each polling place is accessible during elections.

Travis County is working collaboratively with the United States to make all polling places accessible and has already taken steps since the 2020 Primary Election to ensure polling place accessibility.

“The right to vote is a foundation of our democracy and must not be diminished or restricted by barriers to access at polling sites,” said U.S. Attorney Hoff.  “Under this agreement, eligible voters with disabilities in Travis County will be able to exercise their fundamental right to vote and participate in our democracy.”