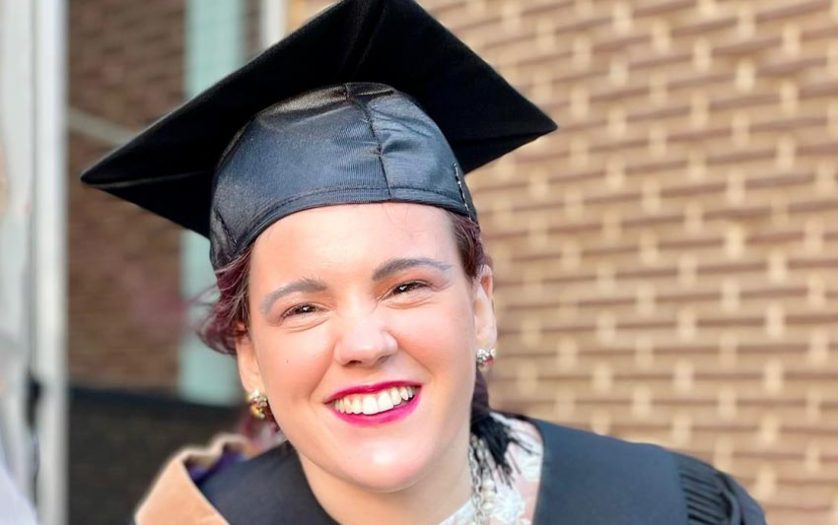 CBC News talked to numerous current and former students who say Newfoundland and Labrador’s only university has undeniable barriers that obstruct the learning experiences of students with disabilities.

Those barriers include infrastructure issues like broken elevators and the lack of automatic doors, and greater issues like an overburdened disability resource centre and challenges obtaining accessible accommodations.

Mandy Penney has been studying at MUN since 2010, and is completing her MBA in social entrepreneurship. Penney uses a mobility device and said she’s experienced several accessibility issues at both the St. John’s campus and Grenfell campus in Corner Brook.

Penney said her very first encounter with a barrier happened even before she began classes at Grenfell. It was during a campus tour when the guide took the group up a staircase, accidentally abandoning her.

In a statement, MUN spokesperson Sandy Woolfrey-Fahey said repairs are happening on the business building’s elevator, and the Arts and Administration building should have another working elevator by the spring.

As there are only two elevator companies on the entire island, she said, repairs tend to take longer than in other parts of Canada.

“Elevator maintenance and repair is a very specialized trade, and there are very few people available to complete the work which does cause delays,” said Woolfrey-Fahey.

Penney said she has been stuck in elevators many times and had to start going to class extra early incase it happens again.

“I didn’t have much energy to spend on my papers and assignments because I’m so exhausted from trying to get around campus every day,” she said.

As of Monday, that elevator had an “Out of Order” sign on it, and MUN’s facilities management department said there is no known repair date.
Rachel Gehue, a biochemistry student, said she encounters many problems physically moving around campus as not all doors have automatic buttons and accessible washrooms are not always readily available. Gehue said she often has to ask others to open doors for her.

“When it comes down to accessibility not being thought of and the issues not being fixed or at least not being fixed in a timely manner. That alone can make you not feel welcome,” she said.

Woolfrey-Fahey ensured that all new construction has made accessibility a top priority.

The university’s operating grants have been slashed multiple times in recent years, including by $9 million in 2017 and by $20 million in 2015. Last spring, the provincial government announced it would cut the $68 million it gives to MUN to maintain its tuition freeze.

MUN’s new equity, diversity and inclusion vice-provost, Delores Mullings, said the university is committed to creating accessible campuses, although she admits the challenges with aging infrastructure.

“We hear that all the time from faculty, staff and students that, you know, there are some places that are not accessible,” she said.
Currently, Mullings is creating a team to do an environmental scan of the university due to new provincial accessibility legislation coming into effect on Dec. 3.

Findings from a new report into education for children with…

IHC is urging the New Zealand government to mandate the…