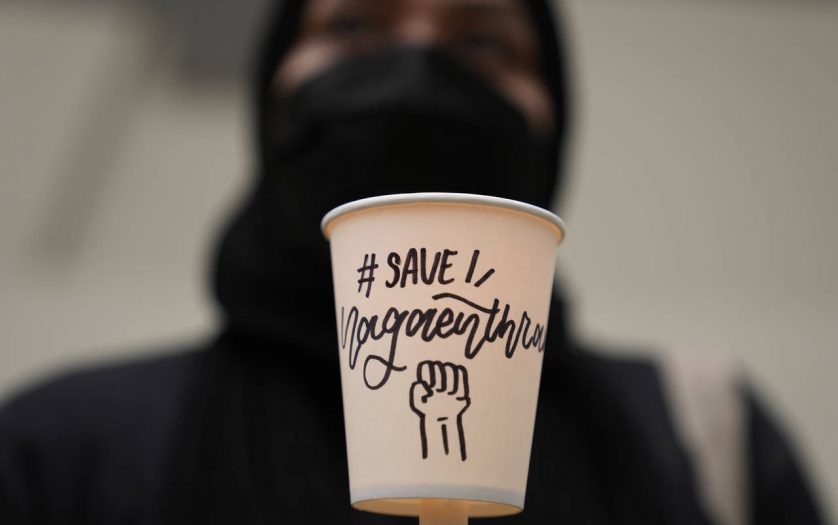 A man with learning disabilities who is facing the death penalty in Singapore has been granted an indefinite stay of execution after a positive COVID-19 diagnosis.

Nagaenthran K Dharmalingam, a Malaysian man arrested in April 2009 when he was 21 for attempting to smuggle 43 grams of heroin into Singapore, has been on death row since 2010. His execution had been scheduled for this past Wednesday.

His lawyer had applied for a cancellation on Monday on the reasoning that his client has “severe mental disabilities” and that his execution would be unlawful.

However, it was announced on Tuesday that Dharmalingam had tested positive for COVID-19, causing the court to adjourn the hearing. It ordered an indefinite stay of execution, according to Nagaenthran’s lawyer, M Ravi.

The case has caused global frustration, with Singaporean activists, UN experts, international rights groups and legal groups asking for the execution to be stopped.

Businessman Richard Branson, who has campaigned against the death penalty, also released a statement criticising the sentence. “Proceeding with the execution of a man who may not have fully understood the consequences of his actions, nor his rights in court, would cast serious doubts on Singapore’s willingness to uphold international law,” he said.

Dharmalingam has an IQ of 69, a level recognised as indicating a learning disability, and attention deficit hyperactivity disorder, according to supporters. They say evidence exists that he was a victim of human trafficking and was forced to become a drug mule.

Dharmalingam’s older sister, Sarmila, said she was thankful the execution had been stayed, but pointed out it was only temporary. In a statement shared on Twitter by the journalist Kirsten Han, she said, “It took me a long time to be able to get to sleep last night because I was worrying about my brother, and when I woke up in the morning, I couldn’t stop thinking about him and crying, just waiting until 2.30pm for the court hearing today …

“I’m only a little bit happy, because I know they haven’t stopped the execution, only given it a temporary stay … I’m worried that all this will repeat again.”

Dharmalingam’s family is no longer permitted family visits, only be allowed phone calls. “We don’t know yet how often we will be able to have these phone calls,” Sarmila said.

A band of 11 British Members of Parliament and peers have written to the Singaporean high commissioner, requesting that Dharmalingam’s life be spared. In the letter, they state they have learned that Dharmalingam is “seemingly unaware of the fact he faces execution, due to his mental condition, and that he is hallucinating, incoherent, and imagining his prison cell as a garden in which he is safe”.

UN experts have urged Singapore to definitively stop the execution. “We are concerned that Mr Nagaenthran K Dharmalingam did not have access to procedural accommodations for his disability during his interrogation. We further highlight that death sentences must not be carried out on persons with serious psychosocial and intellectual disabilities.

“We are also concerned that his past 11 years on death row has reportedly caused further deterioration of his mental health,” a statement said. It was signed by five UN experts including Morris Tidball-Binz, special rapporteur on extrajudicial, summary or arbitrary executions.

In a statement released after Monday’s hearing, the attorney general’s chambers statement said, “The high court reiterated that Dharmalingam has been accorded due process in accordance with the law. The high court stated that it is not open to Dharmalingam to challenge the court’s findings pertaining to his mental responsibility, whether directly or indirectly, in yet another attempt to revisit and unravel the finality of those findings.”