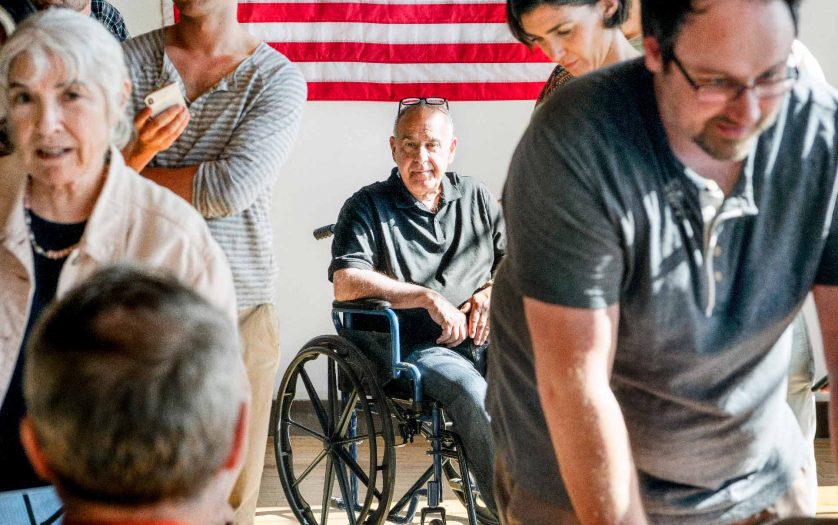 The U.S. Justice Department is suing Texas over new voting restrictions that the federal government says will disenfranchise eligible voters and violate federal voting rights law. The United States’ complaint challenges provisions of Senate Bill 1 under Section 208 of the Voting Rights Act and Section 101 of the Civil Rights Act of 1964.

“Our democracy depends on the right of eligible voters to cast a ballot and to have that ballot counted,” said Attorney General Merrick B. Garland. “The Justice Department will continue to use all the authorities at its disposal to protect this fundamental pillar of our society.”

“The Civil Rights Division is committed to protecting the fundamental right to vote for all Americans,” said Assistant Attorney General Kristen Clarke for the Justice Department’s Civil Rights Division. “Laws that impair eligible citizens’ access to the ballot box have no place in our democracy. Texas Senate Bill 1’s restrictions on voter assistance at the polls and on which absentee ballots cast by eligible voters can be accepted by election officials are unlawful and indefensible.”

The United States’ complaint contends that Senate Bill 1 violates Section 208 of the Voting Rights Act by improperly restricting what assistance in the polling booth voters who have a disability or are unable to read or write can receive. The complaint alleges that Senate Bill 1 harms those voters by barring their assistors from providing necessary help, including answering basic questions, responding to requests to clarify ballot translations or confirming that voters with visual impairments have marked a ballot as intended. The United States’ complaint also contends that Senate Bill 1 violates Section 101 of the Civil Rights Act of 1964 by requiring rejection of mail ballots and mail ballot request forms because of certain paperwork errors or omissions that are not material to establishing a voter’s eligibility to cast a ballot. The complaint asks the court to prohibit Texas from enforcing these requirements.

The department also filed a statement of interest today in a Texas federal court, in litigation brought by private plaintiffs challenging Senate Bill 1. The statement of interest addresses issues related to Section 2 of the Voting Rights Act, including explaining that Section 2 permits private plaintiffs to file suit to remedy racially discriminatory voting practices.