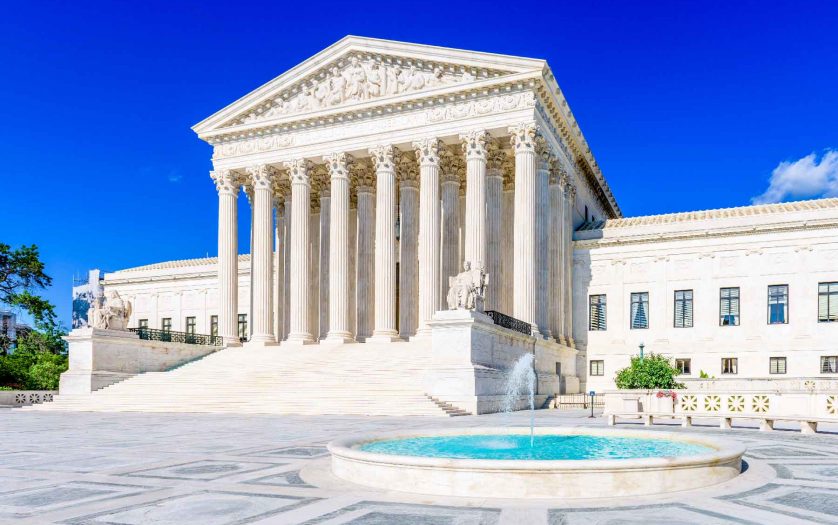 The case, CVS v. Doe, involves a CVS-managed prescription drug plan that requires people who need “specialty medications” to receive them by mail, instead of at their local pharmacy. Five individuals living with HIV sued over the requirement, arguing that it effectively prevents them from receiving adequate care for their condition and represents discrimination based on their disability.

CVS is arguing in the case that Section 504 of the Rehabilitation Act does not protect against claims of “disparate impact,” or when neutral policies or practices have disproportionate impacts on a protected class, in this case people with disabilities.

In one of the amicus briefs filed today by 17 disability and civil rights organizations, including the American Civil Liberties Union, the American Association of People with Disabilities, The Arc of the United States, the Civil Rights Education and Enforcement Center, Public Justice, and the Disability Rights Education & Defense Fund, the groups argue that long-standing Supreme Court precedent makes clear that most discrimination against people with disabilities comes from “benign neglect” or thoughtlessness — and that removing the ability to get relief from such discrimination would undermine the entire purpose and history of Section 504. The court explained in Alexander v. Choate that congressional intent would be decimated if Section 504 were interpreted to require intent to discriminate.

In the other amicus brief, filed by the Paralyzed Veterans of America, Bazelon Center for Mental Health Law, National Disability Rights Network, and eight other disability rights organizations, the brief argues that the Supreme Court should not decide the issue of whether disparate impact claims are permitted under Section 504 in this case because the claims brought are, at their core, claims concerning differential treatment and failure to make reasonable accommodations rather than disparate impact claims.

“The Section 504 regulations were finalized in 1977 after years of serious negotiation between the disability community and government and business representatives,” said DREDF board member Judith Heumann, a leader of the disability rights movement who is featured in the 2020 documentary Crip Camp. “We knew that we had to cover neutral policies — we are so often excluded that way. So that’s what we did. It was foundational.” Heumann was a key witness during the hearings leading up to the Americans with Disabilities Act, and testified about her many experiences with discrimination based on paternalism, restrictive criteria, and stereotypes that were couched in neutral terms.

“The protections of the Rehabilitation Act have existed for almost 50 years. Disabled people rely on the protections within the Rehabilitation Act and section 1557 of the Affordable Care Act to assert our right to demand accountability and recourse when we experience discrimination, said Maria Town, President and CEO of the American Association of People with Disabilities. Despite the progress spurred by both disability community advocacy and the presence of these civil rights laws, discrimination is still a daily occurrence for most disabled people. If the Supreme Court sides with CVS, people with disabilities will lose one of the primary avenues we have to defend our rights and seek justice.”