New plan to ensure Newcastle is an inclusive community for all 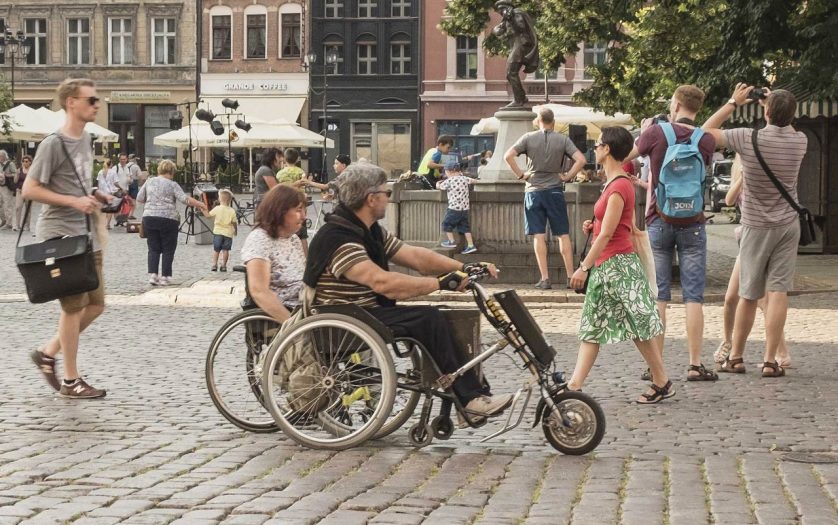 City of Newcastle has reaffirmed its commitment to ensuring Newcastle is an inclusive community via an updated Disability Inclusion Action Plan (DIAP) to be presented to Councillors at Tuesday’s Council Meeting.

Councillor Carol Duncan, who is a member of the City’s Access Inclusion Advisory Committee, said that City of Newcastle’s DIAP helps ensure that people living with disability can access services and facilities.

“City of Newcastle is committed to making our city more liveable for all people who live, visit and work in Newcastle by taking action that will lead to a more inclusive and equitable society,” Cr Duncan said.

“An estimated 30,000 Novocastrians are living with a disability and the DIAP acts as a roadmap to guide City of Newcastle’s actions and establish strategies to ensure Newcastle is an inclusive community for all.

“City of Newcastle’s first DIAP achieved many positive outcomes including the establishment of the Access Inclusion Advisory Committee to provide people with disabilities a stronger voice to Council. Committee members have also been consulted and co-designed a number of major projects for the City of Newcastle including the planned revitalisation of Newcastle Ocean Baths, and inclusive play spaces for Stevenson Park and Harbour Foreshore.

“The DIAP and the Advisory Committee have initiated the establishment of the inclusive Count Us In Festival and improved accessibility to Nobbys Beach and Newcastle Museum through the installation of an adult lift and change facilities.

“I look forward to the achievements that will come to fruition as a result of the new DIAP over the coming years and thank the community members who participated in the consultation which informed the new Plan.”

The City’s first DIAP 2016-2019, was developed in 2016 and included 57 actions, of which 55 were significantly progressed or completed across the four-year period.

Community engagement including in person consultation sessions, focus groups, online survey and staff consultation was undertaken to guide the development of the DIAP 2021-2025.

Under the new DIAP, key actions will be carried out to achieve the community’s vision for Newcastle in line with the City’s Community Strategic Plan and pave the way for City of Newcastle to become a more inclusive organisation by championing inclusion.

Actions and strategies presented in the draft DIAP 2021-2015 are categorised within four themes prescribed by the NSW Disability Inclusion Act including Attitudes and Behaviours, Liveable Communities, Systems and Processes and Employment.

On Tuesday night Councillors will vote to place the DIAP on public exhibition throughout November. Accessible and easy-read versions of the draft DIAP will be available for comment during the public exhibition period.