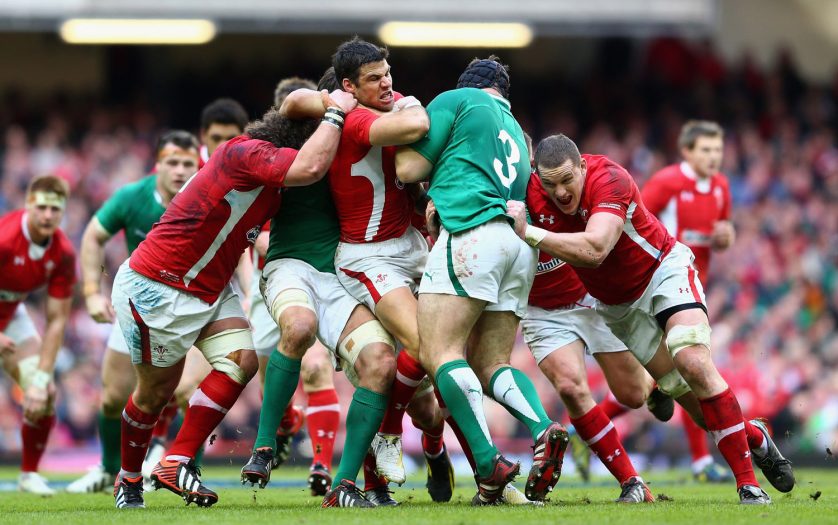 Photo: Charlie Jam/Flickr
In a move of inclusion, World Rugby is thinking about its colour blind fans by banning competing teams from wearing red or green.

As reported by The Mirror, the change will take effect from the 2027 Rugby World Cup, after which opposing red or green teams will not be allowed to compete against one another in those kits.

Red-green color blindness is the most common form of the condition and affects approximately eight per cent of male rugby fans.

Marc Douglas, a qualified engineer who serves as research turf and equipment manager for World Rugby, spoke about the importance of engaging those fans who battle with color blindness.

“From our perspective, if you’re potentially limiting 8 per cent of your male audience, that’s a huge huge number of people who are suddenly switching off.”

The change will improve the experience for thousands of fans attending games or watching from home, as well as help players who are color blind.

“Hopefully by the time Rugby World Cup 2027 comes round, this is the norm,” added Douglas.

“An awful lot of people don’t realise that they’re color blind because they see what they see day to day and they don’t know that people see any different.”

“We’ve identified quite a few areas that we can be much better at.”

There’s hope that by carrying out the change at the World Cup level, the rugby union may adopt the policy at all levels and improve the experience for every color blind participant.

Matches between Wales and Ireland will soon look very different, with at least one of those teams to adopt an alternative strip as a means to avoid clashing.

World Rugby chairman Bill Beaumont, who is color blind himself, is pleased with the direction to accommodate those around the sport who have the condition.

“Color blindness is largely misunderstood and the challenges for those who play, coach, officiate and support our sport is often overlooked,” Beaumont said.

“As someone who experiences those challenges first hand, I am delighted that World Rugby have launched comprehensive guidance for all levels of the game that place visually-impaired considerations at the heart of our decision-making.

“Through this guidance, we hope to raise awareness and change culture through positive actions.”