Tetraplegic adventurer strives to make tourism accessible for all 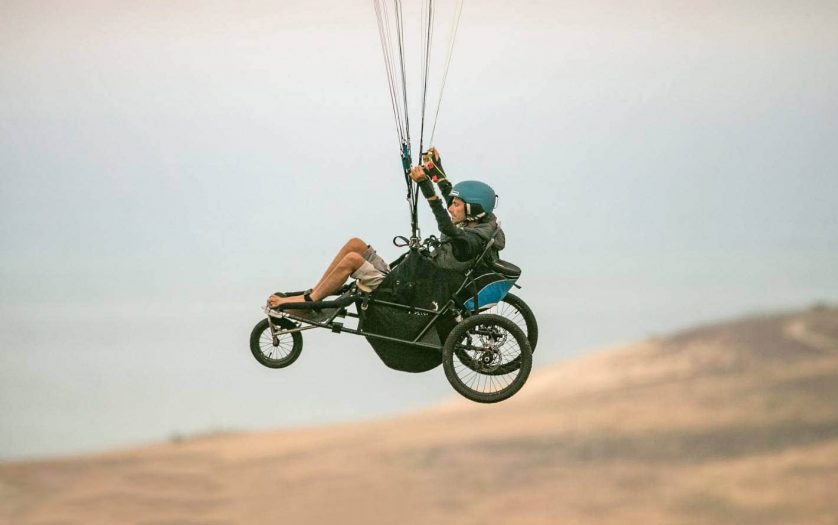 Tetraplegic paraglider Jezza Williams has made it his mission to make tourism inclusive for all abilities.

Williams posts videos showing people with disabilities participating in extreme sports. He hopes the tourism industry will pick up the ball and follow his lead.

In Williams’ promotional videos, New Zealand is shown as the inclusive adventure capital of the world.

“I want to promote the whole of New Zealand within inclusion like Tourism New Zealand does to overseas markets, we should be showing people what is possible that’s why we’ve been making these films,” said Williams.

“When everybody is included, whether they have a disability, or whether they’re King Kong, it doesn’t matter.”

The videos feature his best friends – who all have disabilities – breaking barriers and experiencing all that New Zealand’s tourism industry has to offer.

“Being able to go paragliding, canyon swinging, kayaking, skydiving, any of that, gives you that feeling of being alive. It’s massive to be able to do something that you didn’t think was possible. If you can get that feeling that you can do that, what can you do in your everyday life? It’s a roll-on effect.”

Williams runs a charity called Making Trax, which is dedicated to inclusive tourism and focuses on the experience rather than the infrastructure.

“Everybody deserves a right to jump on a bike and go for a ride, or jump out of a plane and get some excitement or just go on a holiday with family and friends,” said Williams.

In his opinion, he believes an adrenaline rush is such a valuable experience, it’s worth doing the hard work needed to make it accessible to everyone.

The updated Ngā Paerewa Health and Disability Services Standard will…

UK new strategy to boost accessibility for passengers with disabilities

Passengers with disabilities will have better access to public transport…