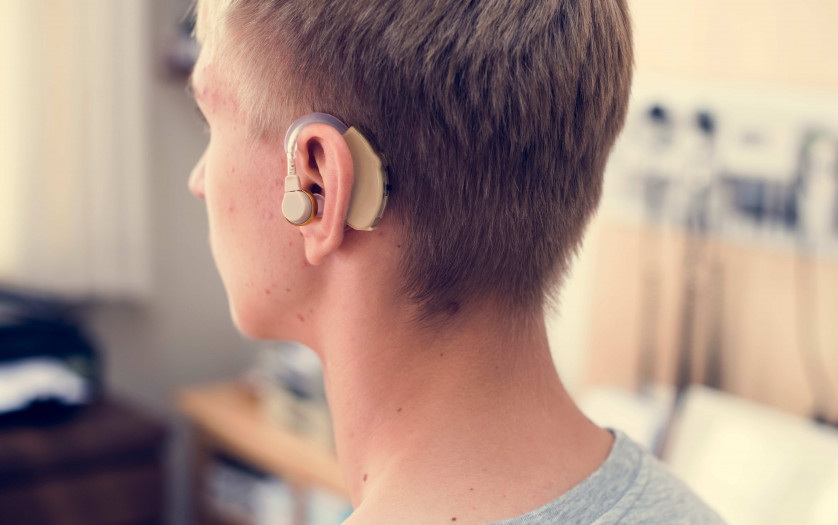 The new device has proven very beneficial in solving many hearing problems that users often face with traditional hearing aids.

The German Association for the Hearing Impaired People reported that approximately 15 million Germans experience hearing loss. Most hearing aids are comprised of a loudspeaker that sit inside the user’s ear canal, causing sound distortions which effects sound quality.

As well, the majority of these devices also have a microphone placed behind the ear, which is prone to interference by surrounding sounds such as wind and and background noises.

They are composed of an acoustic contact lens, an auditory canal unit and a behind-the-ear unit.

The acoustic contact lens and auditory canal unit are placed within the auditory canal, while the amplifier is placed directly on the eardrum, transferring vibrations without noise.

The sound is transmitted to the ear by direct mechanical stimulation, very similar to natural sounds.