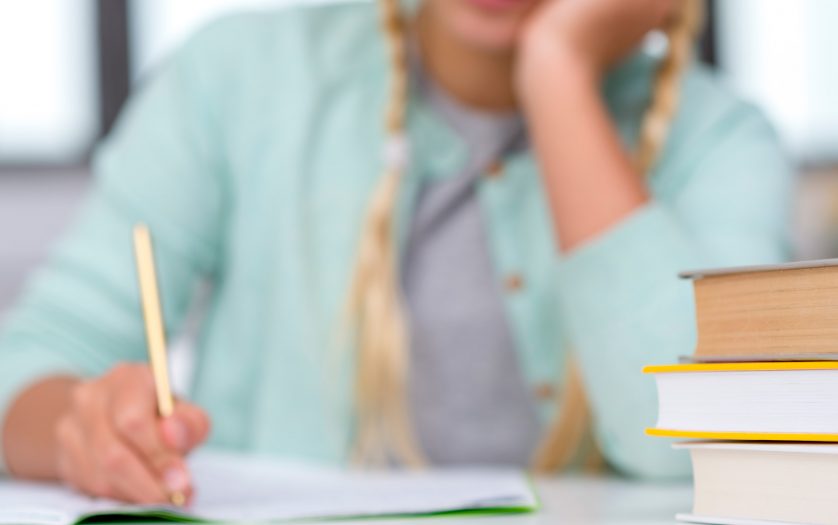 Jennifer McNamara is frustrated after waiting six years for an English-language educator to assist her daughter Olivia, 9, who is on the autism spectrum.

McNamara, who lives in Ste-Marthe-sur-Le-Lac, Quebec, originally had Olivia on a waiting list at CLSC Thérèse-de-Blainville. The family moved three and-a-half years ago and began dealing with CLSC Jean-Olivier-Chénier in St-Eustache. McNamara was told the CLSCs were linked and that Olivia’s spot on the priority list would not change.

“The social worker keeps changing,” McNamara said. “Every time, they come to the house, interview you to see what your needs are. Her needs never changed. And they say, ‘We’ll contact you when we have services.’ ”

Olivia manages well at her school with the help of an attendant.

Olivia was non-verbal for many years.

“She doesn’t assimilate language in a regular way,” her mother said. “Her speaking is all pre-programmed. She learns specific sentences. That’s how she builds speech. So it kind of has to be in English.”

Finally this year, McNamara was told by CLSC Jean-Olivier-Chénier that a new educator would be assigned to Olivia.

Last week, the educator came to their house and spoke with McNamara for two hours. They discussed McNamara’s goals for her daughter, which are “for Olivia to be able to stay home alone sometimes, to be more independent,” and “that Olivia be able to speak to other people about her autism,” and together, came up a six-month plan for Olivia.

However, when the educator arrived at their scheduled first session, she said she would not be able to help Olivia after all.

“She said, ‘I’ve been thinking about it, and I don’t think my English is good enough to give you what you deserve.’ ”

McNamara says the educator offered to work with her in French, so she (the mother) could, in turn, teach Olivia in English.  McNamara declined, which puts them back on the waiting list.

She is scared for her daughter’s future.

“When she has to get services by herself, and I’m not with her, is she going to be able to explain herself and get the things she needs?” McNamara said. “For her, it’s not a question of language preference. For her, (English words) are the only words she knows how to say.”

McNamara has filed a complaint with a commissioner at the CLSC, but was told it would be 45 days before she hears from anyone.

“It’s ridiculous that this has been going on for so many years,” she said. “It’s not normal.”

Julie Lemieux-Côté, spokesperson for the CISSS des Laurentides, said the agency’s file with the family dates back to 2017; but since Olivia was receiving private psycho-education at the time, and no other needs were requested, the file was closed.

Lemieux-Côté said the family opened a new request for education services, and was put on a waiting list at CLSC Thérèse-de-Blainville, before moving to Ste-Marthe-sur-Le-Lac.

When asked about the educator’s recent visit, Lemieux-Côté noted the family had declined the educator’s offer to work with Olivia in English with McNamara present, and had requested an anglophone educator.

“Olivia’s file will be assigned to an anglophone educator soon,” Lemieux-Côté said, “and a followup will be done with the family in a few days.”

More than 730 South Australians have applied for a Disability…

The U.S. Department of Education released more than $3 billion…