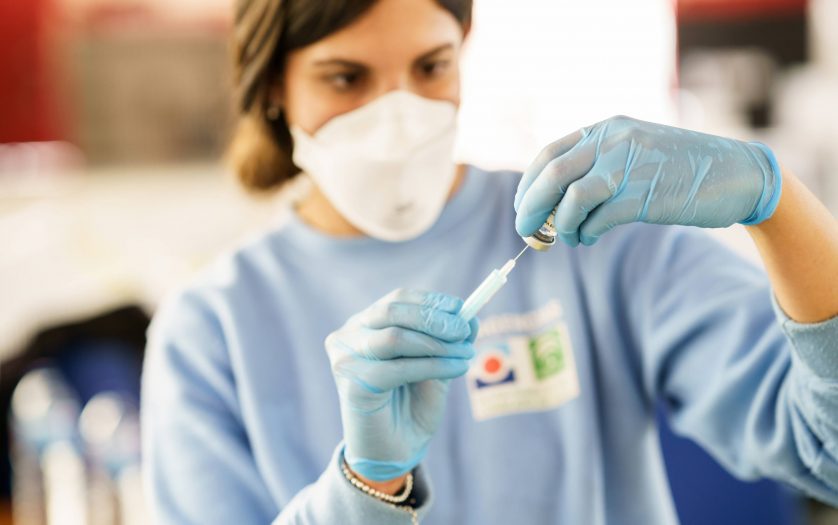 Edwin Axel Cruz Reyes, 20 years old with spastic cerebral palsy, says it’s been a sheer miracle and care from his family that he hasn’t contracted COVID-19.

His mother, Nohemy Reyes, said eight people in her family contracted COVID-19, and sadly, two of them died from the virus.  Edwin is immobile, takes 12 different medications and breathes through a tracheostomy. It has been a true struggle for the family to keep Edwin safe due to his vulnerabilities.

“We can walk, touch, talk, we can say what hurts us, what we feel, but COVID is so painful that I don’t even want to think that my child, who does not speak and has such a severe disability, could feel that pain,” lamented Nohemy.

“This continues to perpetuate the disproportionate burden that the SSA itself has placed on people with disabilities and their families since the beginning of the pandemic: by suspending, canceling and postponing medical appointments, medical studies and therapies that have been for more than 15 months. The already precarious health condition of many people with disabilities has deteriorated, so today the first steps taken by the families who have decided to demand their rights by legal means were released, “said those involved in the legal action.

Although health authorities said that a strategy would be announced for this community, the accessible registry was never implemented.

The Undersecretary of Health, Hugo López-Gatell, said, on June 8, that they were “close to announcing” the accessible registry for people with disabilities on the mivacuna.salud.gob.mx portal. As of June 15, the site has not had any changes.

Ricardo Cortés Alcalá, director of Health Promotion, said that just over 4.4 million people with disabilities still need to be vaccinated out of the almost 21 million that Inegi has registered.

“We would have to do a specific analysis to know what types of disabilities they live with and then we have to make adjustments to eliminate barriers in terms of vaccination against COVID,” said an official from the Secretariat of Health.