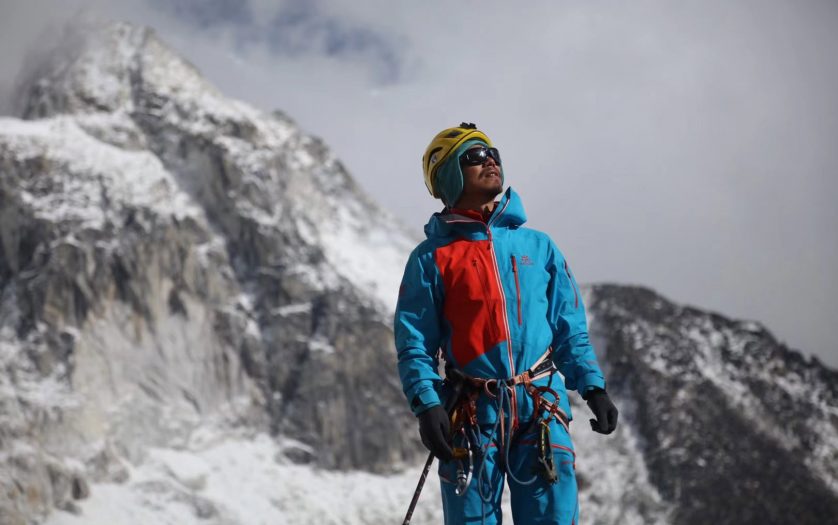 Hong, 44, is the third blind climber internationally to successfully ascend Mount Everest. His next goal is to climb the highest peaks on all seven continents and travel to the North and South Poles.

“Personally I plan to try the ‘grand slam’ in the next few years — the seven summits around the world on seven continents and the North and South Poles,” Hong said.

Eric Weilhenmayer, from the U.S.A, was the first climber with a vision disability to scale Everest in 2001. A climber from Austria was the second blind person to reach the peak.

“Today I sit here and think about Eric (Weihenmayer), who inspired me to have such a dream and work all the way, and eventually I achieved it,” Hong said. “So, I would think there are so many other visually impaired people around the world and also in Asia, and I hope what I did can be an inspiration for them.”

Hong lost his eyesight at age 21 due to glaucoma.

His training routine took him five years and involved carrying bags packed with 30 kilograms (66 pounds) of weight up the staircase of the Tibetan hospital where he works as a masseur. He also practiced by climbing numerous smaller peaks in China.

On the Everest climb, Hong followed his guides and sherpas on difficult, slippery trails, often struggling to maneuver around large chunks of ice. All of his team was vaccinated before the expedition and had a separate camp on the mountain to socially distance themselves from other climbers.

Hundreds of people have endeavoured to climb Mount Everest from the Nepal side after the government re-opened the mountain to foreign climbers this year. The northern side of the mountain in China is closed because of concerns about COVID-19.

Nepalese authorities have denied any coronavirus outbreak on Everest, but a prominent guide said there were more than 100 cases on the mountain.