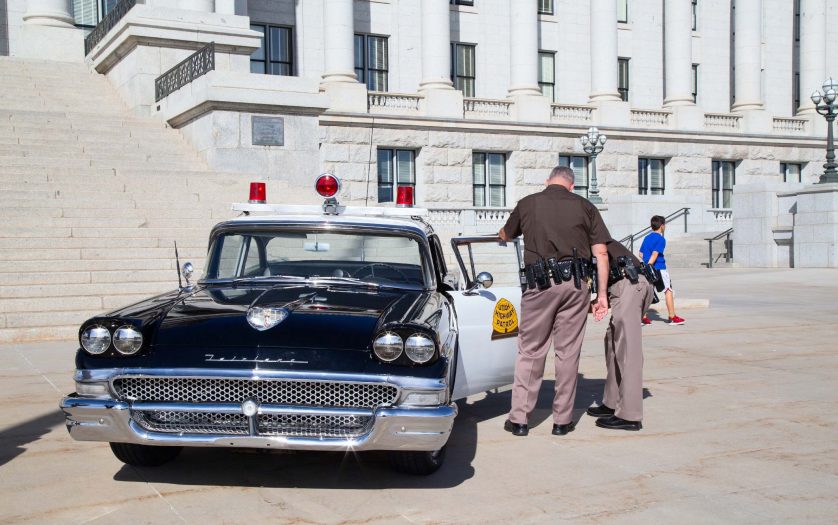 The law took effect this month and directs all Utah law enforcement to undergo “training in intervention responses to autism spectrum disorder and other mental illnesses,” according to ABC News.

State Representative Steve Eliason (R) introduced the bill, saying he campaigned for this training after the shooting of a teen with autism in September of last year.

Eliason called the law a “no-brainer,” stating, “”Knowing how to deal with [people with autism] more specifically just seems like it could do a world of good.”

Utah’s Attorney General, Sean Reyes (R), will be conducting some of the training which will involve a virtual simulator.  This way, the level of the situation can be adjusted depending on an officer’s response.

“The beautiful thing about the system is that we can change the dialogue, we can change the reaction, the response and we can make it harder [or] better depending on how the officer is navigating this situation,” Reyes said. “We worked with families with children with autism spectrum disorder; we worked with experts in the education field, in the medical community, to behavioral scientists, to actually try to create and develop these modules.”

“We view this as a very positive step forward to help empower law enforcement with the tools that they need to better serve and protect communities — in particular vulnerable communities,” he added.

According to ABC News, trainings were first done with school resource officers and Cheryl Smith, family member of a person with autism, who helped to develop a program within Utah schools.

Smith explained that the training is designed “to show [law enforcement] the difference between autism or mental illness and criminal activity.”

“I want to give them the tools to deescalate the situation, to recognize it,” she told ABC News.

The implementation of the law is welcomed by many people who are still disturbed by the September 2020 incident in which Salt Lake City Police shot a 13 year old boy with an autism spectrum disorder after the mother called 911 for help because he was having a mental health crisis.

NPR reported that Golda Barton had called police, requesting an intervention team to take her son to the hospital.