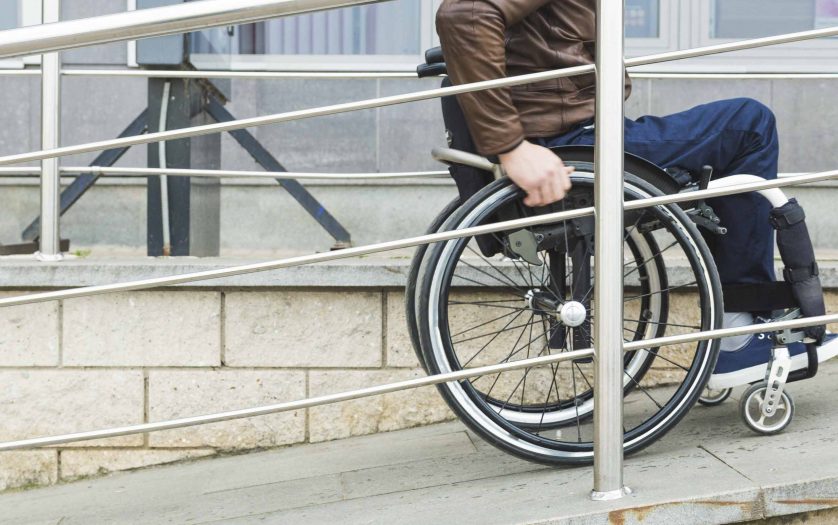 The Andrews Labor Government is urging all states and territories to put fairness first and consider the dignity of older Australians and people living with disabilities by supporting mandatory accessibility standards in the National Construction Code (NCC).

Minister for Planning Richard Wynne said mandatory standards would have a profound impact on the more than three million Australians currently living with a disability or with restricted mobility and would allow more Australians to age without seeking specialised care.

The call comes ahead of today’s National Building Ministers Meeting where Ministers will decide on an option to introduce mandatory accessibility standards in 2022 or continue with voluntary standards, which have failed to fix the lack of accessible housing across the country.

The Victorian Government supports the adoption of the Liveable Housing Design Guidelines (LHDG) Silver standard to ensure basic accessibility features are included in all newly constructed homes and apartments.

This would require new homes to include features such as step free entry, step free showers, ground level accessible toilets, structural reinforcements to support grab rail installation in bathrooms and for doorways, and transitional spaces to allow ease of movement.

A mandatory standard is expected to increase the availability of homes with accessibility features to 50 percent of Australia’s total housing stock by 2050.

Demand for accessible housing is growing as Australia’s population ages. In Victoria alone, around 1.1 million residents identify as having some form of disability, including 360,000 who identify as having a profound or severe mobility limitation.

Introducing the Silver standard would impose the least-cost regulatory standard for accessibility. The Victorian Government would seek a lead role working with other jurisdictions and industry to support the implementation of the standard.

Through the Better Apartment Design Standards Victoria has led the way on universal access, requiring all new apartment developments to include accessibility standards in 50 percent of new apartments, while the landmark $5.3 billion Big Housing Build includes a requirement for all new public housing to incorporate key elements of the LHDG Gold and Silver standards.

“We’re leading the way by implementing accessibility standards in public and social housing, but it is time a regulatory standard for all housing was introduced Australia wide – the voluntary solution hasn’t worked.” Said Minister for Planning Richard Wynne

“Building Ministers have a choice to stand on the right side of history and make a decision which will improve the lives of millions of Australians.”

“With so many Australians living with a disability or mobility issues and an ageing population, it’s never been more important to have these standards in the Code.”