Australian woman with vision disability to horseback ride over 5,000 km 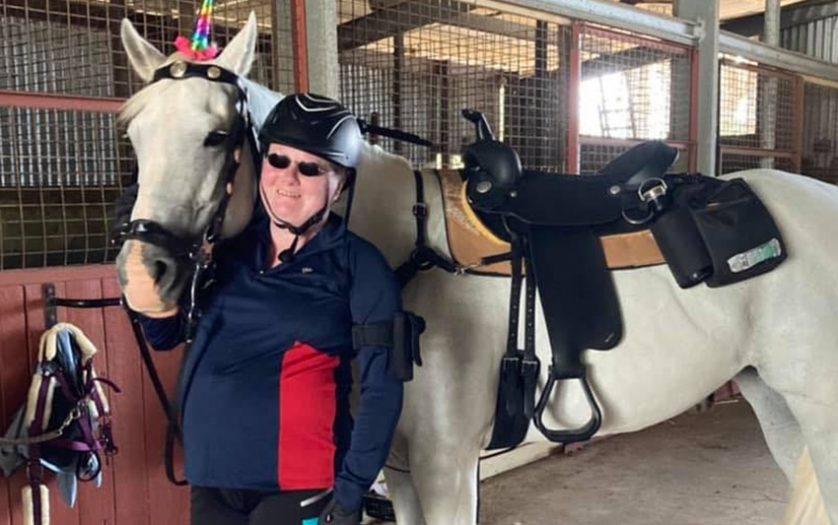 Rowling was born blind in one eye, but grew up riding horses alongside her father.  In her 20s, Dowling believed her riding days were over when glaucoma took her remaining sight.

For years, Dowling adjusted to being blind; she became a nurse and lived a very fulfilling life.  But that longing for horseback riding never really disappeared and her passion was reignited when she met a woman who worked with the visually disabled.

Dowling told ABC News in Australia, “I said to her, ‘I never even considered as a blind person going back to riding, but would you be prepared to support me and be my eyes when I’m riding a horse? And she readily agreed.”

About one year later, Dowling has her own horse named Ice.  She takes lessons and started trail riding with the help of a sighted support rider who rides behind her.

This zest for riding again was Dowling’s inspiration to ride Ice the over 5,000 km Bicentennial National Trail, beginning May 2022.

Dowling will be seeking donations to raise funds for organizations that assist people with a disability “thrive, not just survive,” such as Vision Australia, Guide Dogs Australia and Diabetes Australia.   She’s also looking for sponsorship to cover the cost and logistics of the ride as well as for the cost of support riders to assist her with training.