Photographer with Down Syndrome becomes a TikTok Star 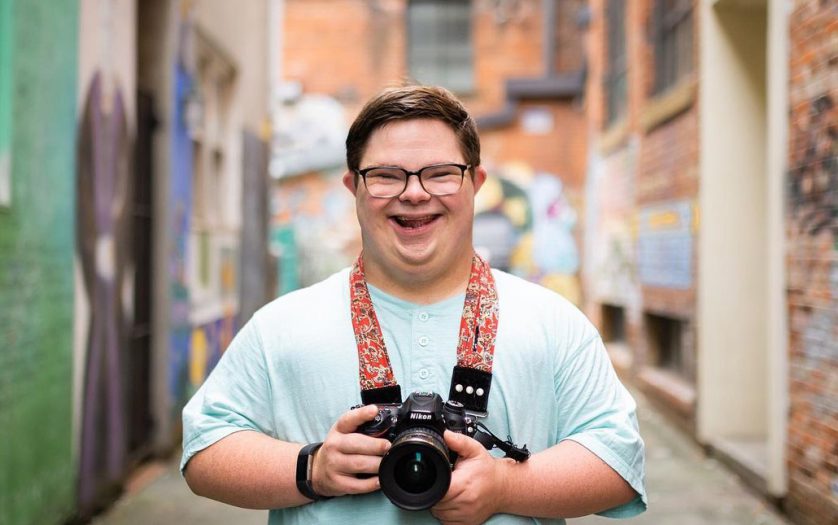 Houston Vandergriff is a 23-year-old globetrotting photographer with Down syndrome – and now a TikTok star.

Vandergriff, better known as @downsandtowns on his social media platforms, gained a huge number of followers on TikTok after using its latest trend to show off that he has become an award-winning photographer and visited close to 30 countries, despite what doctors at his birth said would become of him.

The “Bongo Cha Cha Cha” audio, sung originally by Caterina Valente in 1960, is currently used by TikTokers to show off how they exceeded an expectation, be it jokingly with old stuffed animals they held on to from infancy or proudly showing off an impressive accomplishment at a young age. Vandergriff used the audio clip and posted a viral video to show off his incredible photography skills.

He danced and stuck his tongue out to those in his life whose attitudes he summed up with the demeaning phrase he often heard: “That’s so sad he’ll never be able to do anything.” Fans liked his video over a million times and complimented his incredible talent.

“That’s amazing! I hope I get to achieve my dreams like that someday,” one follower wrote. “Doctors really need to change their language when discussing disabilities, b/c they clearly don’t know what a person is capable of! Good for you,” another added.

He has travelled to many countries, including Iceland, which has almost eradicated Down syndrome with its prenatal screening and close to 100 percent abortion rate for fetuses that test positive. He hopes “to use his photography to inspire and educate” and raise awareness about people with disabilities.

As people with Down syndrome continue to face oppression— just last week a little girl was denied entrance to an aquarium because she was unable to wear a face mask —Vandergriff is proud to be seen as a positive influence on several disability advocate platforms. He serves on the nonprofit Beloved, Empowering Women and is a board member of the Sunshine Ambassador dance troop for people with special needs.

By popular demand, Vandergriff posted a video highlighting some of his best work, including stunning landscapes, posed flamingos and incredible waterfalls. His website will soon be opening a printshop for those interested in purchasing his work.