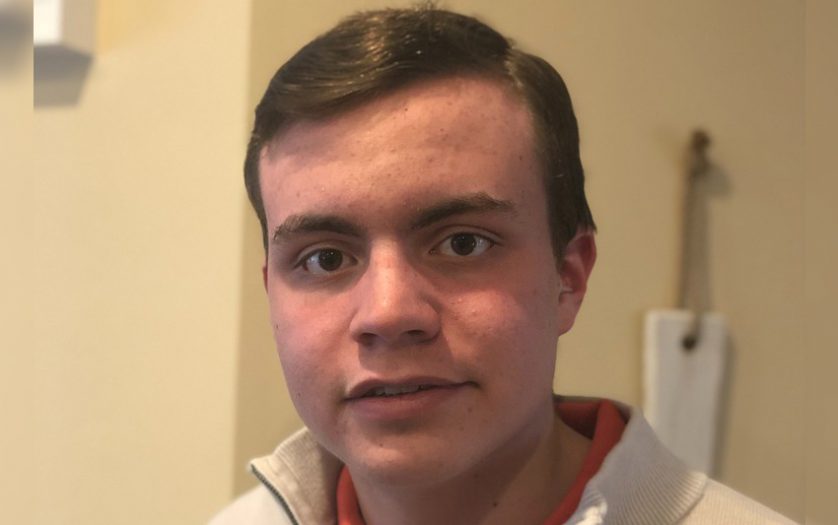 A 20-year-old Virginia high school student with autism is hoping that someone will “take a chance” and offer him a job.

Ryan Lowry, from Leesburg, posted his hand-written cover letter on LinkedIn last month, writing to his “future employer.” He hid nothing – stating that he has autism, as well as a “unique sense of humor, is gifted in math, really good with technology and a really quick learner.”

“I am interested in a job in animation or in IT,” Ryan wrote. “I realize that someone like you will have to take a chance on me.

The letter went on, “I promise that if you hire me and teach me, you’ll be glad that you did. I will show up every day, do what you tell me to do, and work really hard.”

Ryan’s cover letter has been liked and shared by more than 175,000 users on the networking platform.

Ryan is currently a cashier, barista and customer greeter at SimplyBeCoffee, a nonprofit that only employs people who have special needs.
His parents, Tracy and Rob, say Ryan is gifted in computers, encouraging him to follow his dream of working in animation or IT.

Ryan has received more than 6000 encouraging comments, including one from Jim Lambert, a medical sales director, who wrote, “Every person on LinkedIn has been hired by at least one person that took a chance on him or her. I love your letter, attitude and self-awareness . . . A company will be more successful with you on their team.”

His father said, “A vast majority of the comments are supporting … some are saying how challenging a job in animation is, but Ryan says, ‘I can do it.’ He doesn’t care what people think and he’ll tell you exactly how he feels. I don’t think he’s easily deterred from doing something.”

From posting his letter, Ryan has received more than 2,000 invitations to connect on the career network, including large companies like

Microsoft, Amazon and Dell. He hasn’t received a concrete offer from anyone – yet, his parents said.

“It’s an incredible potential for employers who figure it out,” he said. “The more we can get it out there, the better the chance to help Ryan and people out there like Ryan.”

Researchers say that girls with autism need more support in…

A study done by The Ohio State University Wexner Medical…