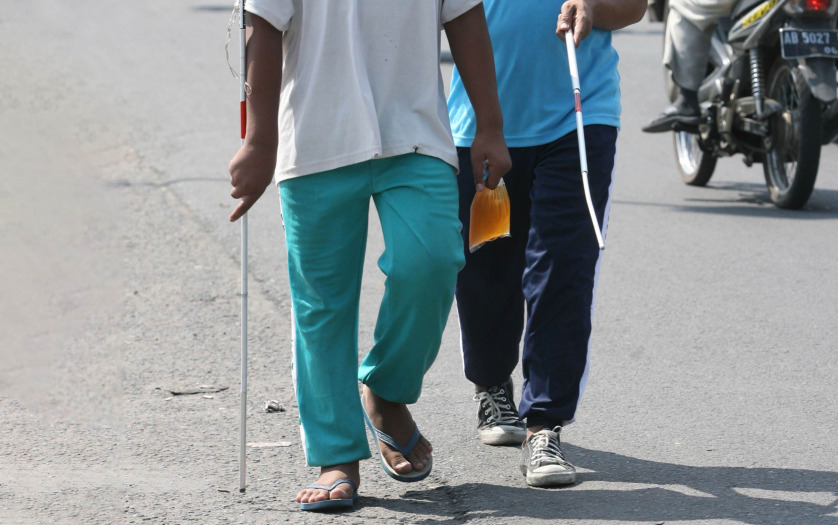 Persons with vision disabilities, associated with the National Federation of the Blind, held a protest near Punjab Chief Minister Captain Amarinder Singh’s residence on March 15.

In a memorandum submitted to the district administration officials, persons with vision disabilities proposed that government jobs for blind people must be filled at the earliest.

Besides, the association members demanded that the old pension scheme be implemented for the current government employees and that they should be given 20 percent concession in passing the Teacher Eligibility Test in Punjab, like on the lines of Rajasthan.

The association members also accused the government of not creating vacancies at the schools for the blind in Jamalpur, Ludhaina, for the past 18 years and demanded that regular vacancies be created and filled at the school for them.

“We brought a cake with us for the Chief Minister. Our members climbed upon the barricades to put forward their protest. Later, the administration officials collected our memorandum.” said Balwinder Singh, general secretary, National Federation of the Blind.