Research suggests synchronization of brain hemispheres changes what we hear 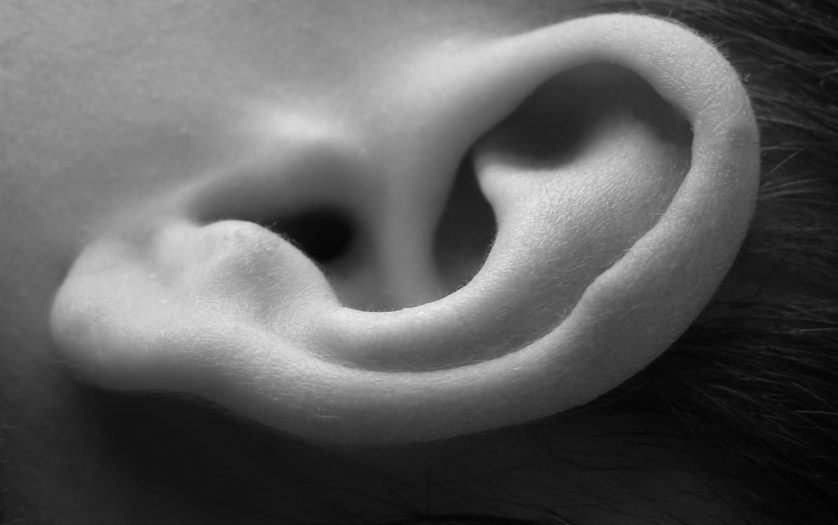 Most of the time, our brain receives different input from each of our ears, but we nevertheless perceive speech as unified sounds. This process takes place through synchronization of the areas of the brain involved with the help of gamma waves, neurolinguists at the University of Zurich have now discovered.

Their findings may lead to new treatment approaches for tinnitus. How come we don’t hear everything twice? After all, our ears sit on opposite sides of our head and most sounds do not reach both our ears at exactly the same time. “While this helps us determine which direction sounds are coming from, it also means that our brain has to combine the information from both ears. Otherwise, we would hear an echo,” explains Basil Preisig of the Department of Psychology at the University of Zurich.

In addition, input from the right ear reaches the left brain hemisphere first, while input from the left ear reaches the right brain hemisphere first. The two hemispheres perform different tasks during speech processing: The left side is responsible for distinguishing phonemes and syllables, whereas the right side recognizes the speech prosody and rhythm. Although each hemisphere receives the information at a different time and processes different features of speech, the brain integrates what it hears into a unified speech sound.

The exact mechanism behind this integration process was not known until now. In earlier studies, however, Preisig had found indications that measurable oscillations elicited by the brain—known as gamma waves—played a role. Now he has managed to demonstrate that the process of integrating what we hear is directly linked to synchronization by gamma waves. Neurolinguists from UZH worked on the project alongside researchers from the Netherlands and France.

The study, which took place at the Donders Center for Cognitive Neuroimaging in Nijmegen, the Netherlands, involved 28 healthy subjects who had to repeatedly solve a listening task: An ambiguous syllable (a speech sound between ga and da) was played in their right ear while a click containing a fragment of the syllables da or ga was played unnoticed in the left ear. Depending on what was played in their left ear, the participants heard either ga or da and then had to report what sound they had heard. During the process, the researchers were tracking activity in both hemispheres of the brain using functional magnetic resonance imaging (fMRI).

During the experiments, the researchers disrupted the natural activity pattern of gamma waves by stimulating both hemispheres of the brain with electrodes attached to the head. This manipulation affected participants’ ability to correctly identify the syllable they heard. The fMRI analysis showed that there were also changes in the activity of the neural connections between the right and the left brain hemispheres: The strength of the connection changed depending on whether the rhythm of the gamma waves was influenced by electric stimulation in the two brain hemispheres synchronously or asynchronously. This disruption also impaired the integration process. Thus, synchronization of the gamma waves seems to serve to balance the different inputs from the two hemispheres of the brain, providing a unified auditory impression.
Possible therapy for tinnitus