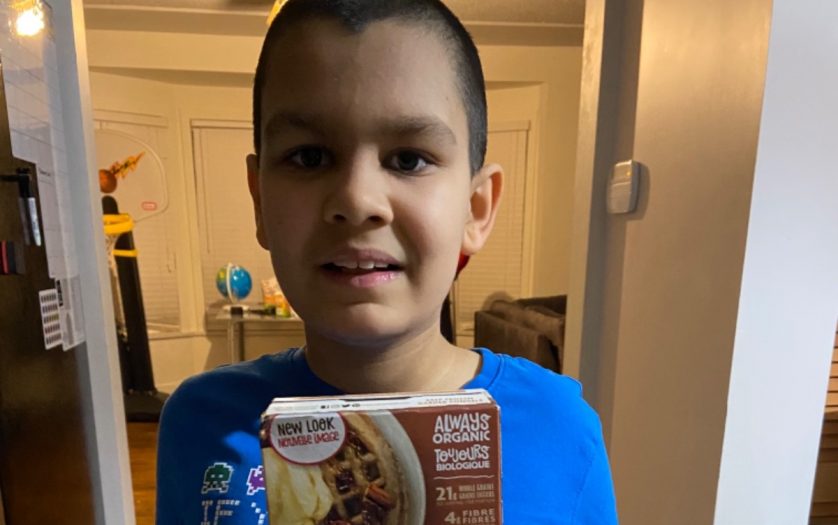 Jenna Roman says her son eats two boxes of Nature’s Path waffles every day, seven days a week, and nothing else – other than a smoothie secretly packed with vegetables and vitamins.

Jerico, almost 10 years old from British Columbia, has severe autism which involves extreme oral aversion and complicated eating challenges.  He has difficulty eating any food – except for Nature’s Path frozen maple cinnamon waffles of which he eats 24 per day.

The Richmond, B.C. company has discontinued the waffles and the supplies in Canadian stores are almost completely depleted, causing great stress for the single mother of three.

“A parent not having food to feed to their child — especially dealing with so many challenges – I can’t even express in words what that feels like,” Roman said.

Jerico has had food difficulties nearly his entire life.  Therapy and other efforts to expand his tastes have just caused more anxiety and elevated his gag reflex, creating a “vicious cycle.”

Roman said Jerico got sick early in 2020, causing him to stop eating for almost two weeks.  Nature’s Path waffles were the only food he would accept after learning how to eat and drink again.

“His first response (to tasting the waffles) was ‘Mmm!’ which for him was very surprising, but relieving for me,” the mother said.

Roman called all grocery stores across B.C.‘s Lower Mainland, seeking out the remaining stock, before reaching out to the company directly.

“We reached out across North America and most of our waffles have clearly been dispersed to stores,” she said. “But we didn’t give up, and we managed to track down six cases at a warehouse freezer in Illinois.”

The company is shipping the cases to Roman, who has launched a GoFundMe campaign to help pay for a deep freezer to store the waffles.

Falk said the company’s research and development team is working on adapting their commercial recipe for home use so Roman can eventually make the waffles in her own kitchen once her supply is gone.

Roman thanked the company for going the extra mile, “Just knowing that I don’t have to worry anymore, I can’t express that into words,” she said through tears.