Milo the robot helps students with autism with virtual learning 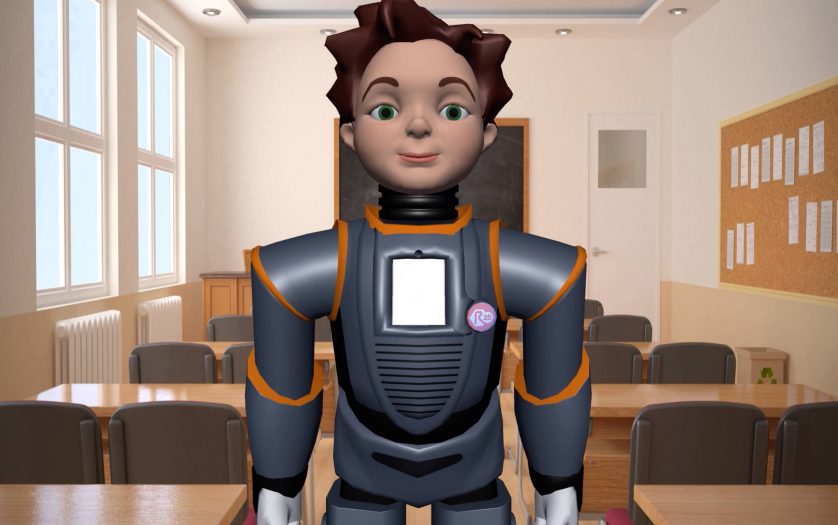 RoboKind, an education and robotics company in Dallas, has developed a program that will aid educators and autistic students with virtual learning.

Endorsed by the Council of Administrators of Special Education (CASE), the technology, called robots4autism: Avatar, is a version of RoboKind’s social-emotional K-12 education program.

RoboKind said this technology will help students with autism with basic social and emotional skills.

According to a University of Texas at Dallas study, students with Autism Spectrum Disorder engage more with Milo than with a therapist.
RoboKind reported that results show children have a five times increase time-on-task and its program saved $152,000 per student per year.

The robots4autism: Avatar meets requirements for federal, state, and local funding, including both the CARES and HEROES Act.
Founder and Chief Technology Officer Richard Margolin founded RoboKind in 2011. RoboKind has raised $19.7 million in funding, according to Crunchbase.

“We as a team and company have invested heavily in bringing virtual, digital options to educators knowing that, now more than ever, schools and districts need the support and innovation companies like RoboKind can provide,” Margolin said.

Saskatchewan families with children who have Autism will now have…

Researchers at the Qatar Biomedical Research Institute (QBRI) have demonstrated…

IT training available for persons with disabilities

The Michigan Bridge to Opportunity Academy (MBA) is seeking candidates…