Barcelona to launch new kiosk managed by people with disabilities 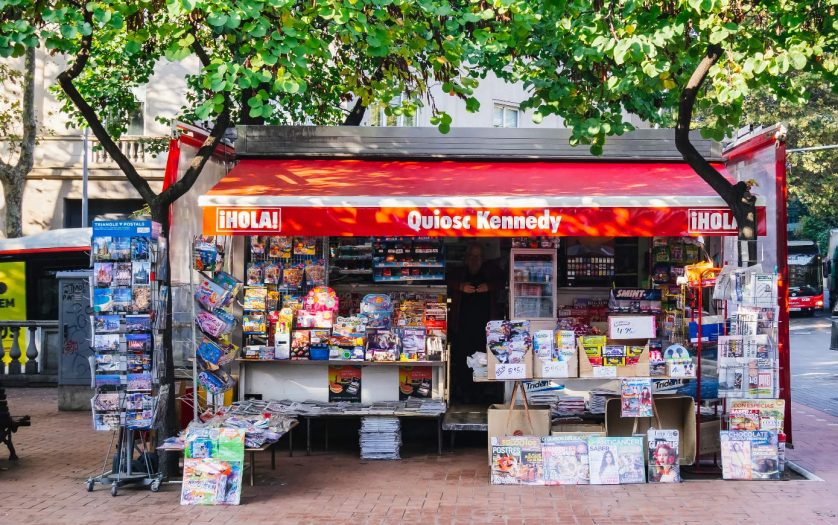 The Barcelona City Council has reported the opening of a new kiosk in the Eixample district that will be managed by people with disabilities.

It is a Diverscoop cooperative project, made up exclusively of eleven people with disabilities, which has opened its fourth newsstand in the city after starting this month of January.

The new kiosk will be located on Calle Aribau, 166, and will be added to the establishments already in operation in Plaza Ramon Albó, Avenida Parallel, and Paseo Colón.

A new kiosk is scheduled to open in the Sant Martí district, at the crossroads between Guipúzcoa and Espronceda streets next month, thanks to the collaboration of the Network for Labor Inclusion (XIB) such as ACAPPS, ECOM Foundation, JOYA Foundation, and the Association Center for Mental Hygiene of Las Cortes, as well as Barcelona Energía, Barcelona Activa and the technical team of the Directorate of Heritage, according to the City Council press release.

“The objective of this pioneering initiative is to generate employment opportunities for people with disabilities through a collective entrepreneurship project.”

South Korean logistics giant CJ Logistics announced that it will…

A study by Plena Inclusión Spain indicates that the health…

80% of the GoodJob Foundation activity has become online and…