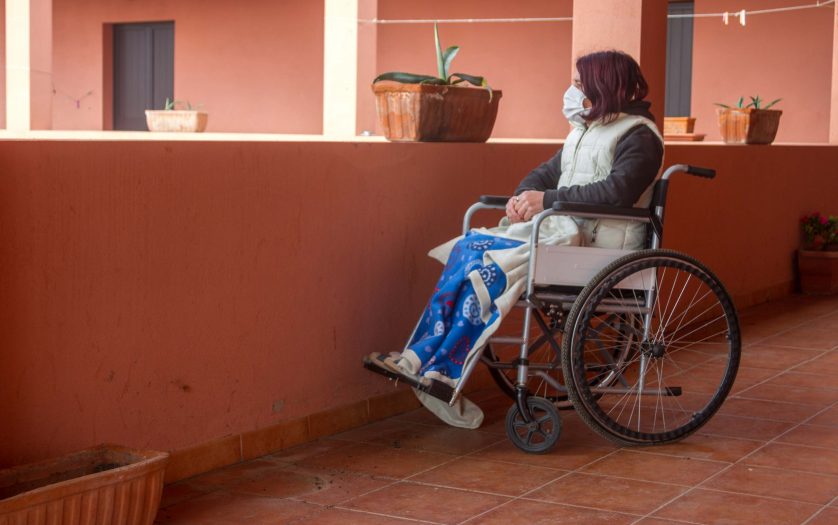 The Spanish Committee of Representatives of Persons with Disabilities (CERMI) has warned of the higher incidence of unwanted loneliness in women and girls with disabilities worsened much more during the COVID19 pandemic.

‘The unwanted loneliness of women with disabilities,’ a webinar organized by the Royal Board on Disability and the CERMI, addresses this issue.

The president of CERMI Mujeres has stressed the importance of making women and girls with disabilities more visible while listing some of the elements that put barriers to social participation for women with disabilities.

74% of people with disabilities who live alone are women; the “gap” in access to digital communication tools due to lack of accessibility; greater difficulties in accessing services; increased risk of poverty and social exclusion, and the lack of accessibility of residential buildings, which makes them unable to leave home independently.

Patricia Sanz, a member of the FCM Board of Trustees, has argued that, in the fight against loneliness, “we have advanced, but we have to continue because if we stay as we are, we will go back due to inertia.”

The ONCE’s vice-president has also focused her intervention on exposing some of the situations that are aggravating the situation of loneliness of blind or severely visually impaired women, such as having to ask for help on the street or go shopping now that you can’t touch it.

Nonprofits to launch helpline for people with developmental disabilities

Prior to the COVID-19 pandemic, people with developmental disabilities have…

We all have a responsibility to eliminate violence against women

The ACT Council of Social Service (ACTCOSS) has today marked…

The need to address the loneliness and isolation experienced by…

People with hearing disabilities face psychological difficulties during the coronavirus…