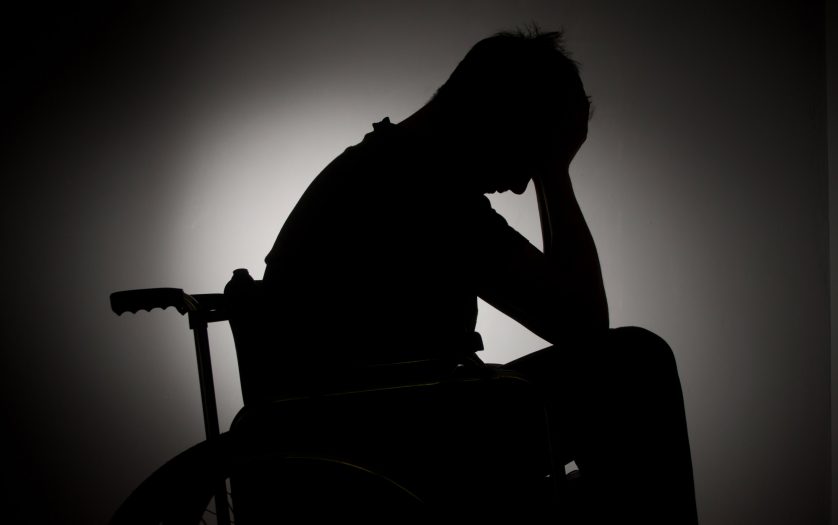 Disability charity Leonard Cheshire has called for tougher action on the “abhorrent” crime. After joint analysis carried out with United Response, only around 2% of disability hate incidents result in a nationally charged charge or summons.

That was up by 10% compared to the previous year, when 338 incidents were reported, and the highest figure since comparable records began in 2011-12.

Reports can include assault, harassment, and criminal damage against someone with a physical or learning disability or mental health problem.

8,500 disability hate crimes were reported to the police across England and Wales last year, yet only 1 in 62 cases actually received a charge.

Figures exclude Greater Manchester Police, as the force still cannot supply data due to an error when implementing new IT systems last year.

“Investment in better support like Leonard Cheshire’s advocacy service in Northern Ireland is essential in ensuring victims feel protected and empowered to take their experiences to the authorities. No one should have to feel unsafe in their home or community.”

Disability-related incidents accounted for 11% of those, while the majority (62%) were racially motivated.

Nationally, police recorded 105,090 hate crimes in the last year – a record high, and an 8% rise on the previous year’s figures.

12-year-old Eva from England, who has cerebral palsy, was a victim of hate crime on her first trip to the park with a friend. “Two boys started cycling around us and teasing me about being in a wheelchair. It made me feel sad and a bit frightened.”

Eva immediately logged the incident online and received a call from the police within an hour. “The police really supported me and followed up with me a couple of times after the event. I felt like they really took it seriously and understood how it affected me.”

The Home Office said the increase can be put down to improvements in recording and awareness of hate crime, but added genuine rises after events such as the EU referendum in 2016 and terror attacks the following year have also contributed.

Sia’s new movie faces backlash for its portrayal of autism
Woman with hearing disability made history in Miss Universe Colombia
7-year-old Italian influencer is talking about disability on social media
Anne Hathaway apologizes to disability community after the controversy of her latest film
Advocates call out The Witches for negative portrayal of people with disabilities
Tennessee mother, stepson charged in killing of 14-year-old boy with autism

The new ‘disability toolkit’ was launched this week, funded by…

The Department of Justice (DOJ) announced on November 19 that…