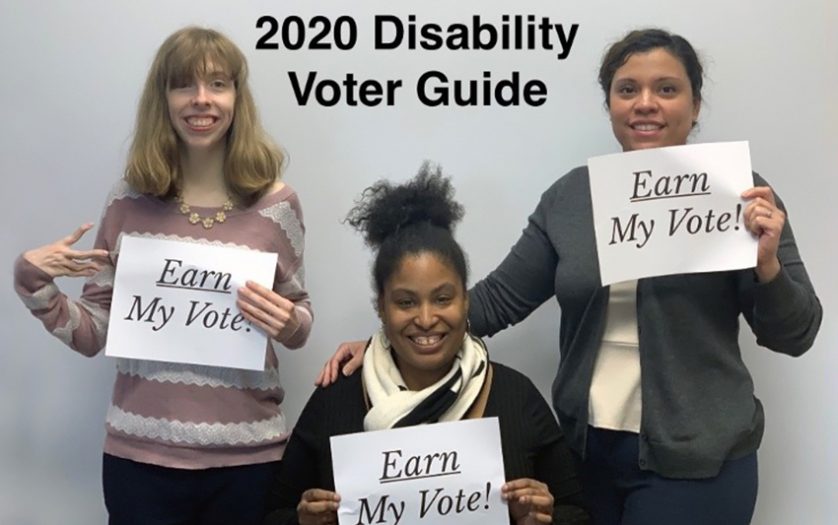 As Americans are voting in record numbers and the nonpartisan disability group RespectAbility has released 50 state voter guides containing key information on where candidates stand on issues impacting Americans with disabilities.

“Our polling in 2018 showed that 74 percent of likely voters are touched by disabilities,” said RespectAbility chair and former Congressman Steve Bartlett, who was a primary author of the Americans With Disabilities Act. “Our nation was founded on the principle that anyone who works hard should be able to get ahead in life. People with disabilities deserve an equal opportunity to earn an income and achieve independence just like anyone else. Candidates for office who ignore the disability community do so at their peril.”

To close the gap between candidates competing for this huge block of potential voters and voters with disabilities who need to know who to cast their ballots for, RespectAbility has systematically reached out to Democratic and Republican candidates for President, Governor and the U.S. Senate. Each campaign was invited to complete their answers to seven key questions covering employment, education, accessibility and inclusion.

This questionnaire builds on candidate outreach work done earlier this year during the Democratic Presidential Primary as well as past work in 2018 and 2016.

Even in states where campaigns did not complete the questionnaires, RespectAbility’s team of staff, Fellows and volunteers completed individual state voter guides for all 50 states.